Sette Giugno: The 1919 Riots That Paved Malta's Road To Independence

Sette Giugno is a national holiday that marks a tragic, but consequential event in Maltese history. While many of us see this day as an opportunity to go for our first swim, the 7th of June commemorates an event which shepherded our forefathers towards independence.

On the 7th of June 1919, a series of riots against the British government broke out – riots which claimed six lives and injured many.

The First World War, which ended just a year before — brought with it numerous disruptions in the agricultural and food industries all over Europe. The widespread scarcity of food all over the continent was significantly felt in Malta due to its reliance on imported supplies.

As a result, the food prices rose, wages remained static, and the wealthier few hiked up their prices for an increased profit to the detriment of everyone else on the island. This resulted in the rest of the population becoming deprived of their livelihood, generating a widespread sense of disgruntlement.

Along with this discontentment, came small insurgencies in Malta, where people fairly demanded better wages to keep up with the ever-increasing cost of living. These rebellions led to the first meeting of the National Assembly (L-Assemblea Nazzjonali) in February 1919. This meeting aimed to find a solution to the dire circumstances the Maltese people were facing. It was during one of these meetings that a groundbreaking resolution was tabled by Dr Enrico Mizzi — independence from the British Empire.

The idea was born through the recent Paris Peace Conference, where several nations were given independence from their colonisers.

Mizzi's proposal was opposed by Dr Filippo Sceberras, who suggested a Maltese government which would have more extensive administrative powers on the island, while still under the British Government's guidance.

On 7th June 1919, the National Assembly met for the second time in the Giovine Malta building on St. Lucia's Street (corner with Republic Street). The police had foreseen the potential of unrest on the day, due to the growing distrust towards the British Government and the general dissatisfaction with the local economic crisis. The local police force had requested the government to station soldiers at Castille Palace – a mere four-minute walk from the Giovine.

The first sign of turmoil on the day came forth when a group of people coming out of the Giovine Malta building saw that the Union Jack was added to the Maltese flag. This defaced flag was hung at half-mast above the shop A la Ville de Londres (Edwards Lowell store corner). Even though the shop was closed at the time, the group broke into the store to remove the flag.

The crowd marched to the Officers' Club (National Museum of Archaeology today) on Republic Street, demanding for the Union flag to be taken down. The mob tried to force itself into the Officers' Club where a group of British officers barricaded themselves as a precaution.

When a group of police officers arrived on the scene to restrain the mob they were assailed by the ever-growing crowd. The horde strode to the Bibliotheque (The National Library) in Old Treasury Street, where the men on duty promptly removed the Union flag from the building's flagstaff.

By this time, the rabble, which was made up of more than a thousand people moved on to the meteorological offices (The Valletta Campus) in St Paul's Street, where some broke windowpanes and ransacked the offices, while others climbed on the turret and flung the Union flag out onto the street. Those below burned the flag, along with some furniture pieces that were plundered from other offices on the same street.

St. George's Square was their next target. There they berated the soldiers on duty at the Main Guard Building. Here, the crowd broke into smaller groups — some of which moved to Old Theatre Street, while other factions went to Old Bakery Street.

The Daily Malta Chronicle premises on Old Theatre Street were ransacked – with the machinery and working press trashed and demolished, while the homes of perceived Imperialist supporters and profiteering merchants on Old Bakery Street were broken into.

Military aid was called for by the local police force, which had lost control of the situation. A group of 64 soldiers was sent out — supposedly to thwart the incursions in Old Bakery, St Lucia and Old Theatre Streets. The house of a leading importer in Old Bakery Street was broken into — under the attack of an infuriated mob which threw furniture and personal belongings out into the street.

Soldiers stationed in Old Theatre Street were besieged by an angry rabble which began to hurl stones and other articles at them. A similar attack was taking place in Old Bakery Street, where six soldiers were trying to stem a crowd of over a thousand people.

What happened next is muddled to say the least, with different accounts and confusion on where and at whom was the first shot fired. While some sources claim that a soldier accidentally shot a round into the crowd, with the rest of the troops following, other sources argue that it was someone in the crowd itself who fired the first shot. All that is known for certain is that Manwel Attard was slain in Old Bakery Street, becoming the first victim of this violent uprising.

Amid the unrest of Old Theatre Street, Guze Bajada was marching with the unruly mob bearing the Maltese flag, he was shot by one of the soldiers. It is said that Bajada collapsed and died on the flag that he was carrying.

At The Daily Malta Chronicle's premises, the soldiers on duty were trying to make their way out of the building as there was a suspected gas leak. However, all exits were blocked by the crowd, making it impossible for them to get out. To clear the way and save his men's lives, the Lieutenant on duty ordered one of his soldiers to shoot low and away from the mass — this was the shot that assassinated Lorenzo Dyer, who was pushing to get away from the ruckus. Dyer was lifted by the group and carried to St. George's Square.

While all of this racket transpired, the National Assembly were still holding their meeting  — which was stopped with a motion to have a resolution presented to the Colonial Government, when news of the riots reached the attendees. The Assembly sent a delegation to the Lieutenant Governor requesting for the troops to be withdrawn from the streets. In the meantime, Count Alfredo Caruana Gatto addressed the crowds and urged them to refrain from further violence. After this, the crowds began to fall back.

The disturbances went on the next day when another mob attacked Palazzo Ferreria (AX The Saint John) in Valletta. Soldiers from the Royal Artillery were stationed in the area to protect the residents but to no avail.

The mob forced itself into the palace where it began to hurl furnishings, silverware and everything else in sight. This lasted all day, however, an additional 140 marines arrived in the evening to clear the houses and streets.

Amid all the commotion, Carmelo Abela was looking for his son in Palazzo Ferreria when he was picked to be arrested by two marines. Abela resisted the arrest, which led him to be brutally impaled with a bayonet. He succumbed to his injuries on the 16th of June.

A few days after the Sette Giugno riots, Cikku Darmanin and Toni Caruana also succumbed to their wounds, which were acquired during the riot shooting. 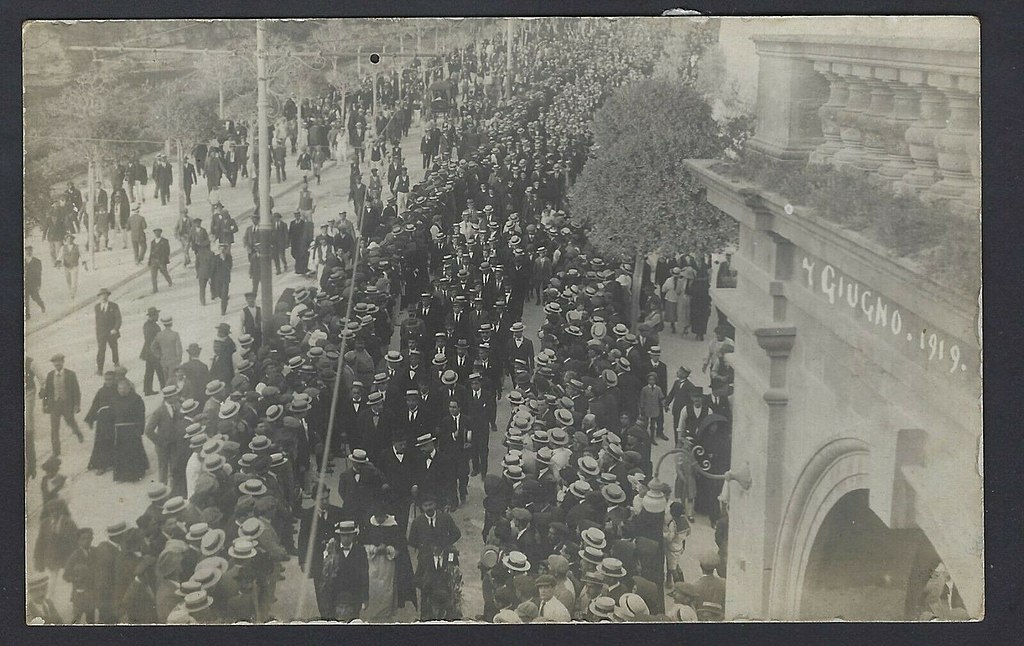 Guze Bajada, Lorenzo Dyer, Cikku Darmanin, Carmelo Abela, Toni Caruana and Manwel Attard are remembered to this day for their part in the efforts to oppose the dire economic and political crisis that Malta was going through at the time.

While short-lived, the Sette Giugno riots paved the way toward a space where the Maltese had concessions over local affairs and a less draconian constitution. Most notably, it also led to the first local election in 1920.