Menacing Maltese Folklore Creatures Our Ancestors Warned Us About

If you asked us to make a list of terrifying beings, we'd obviously have to start with Voldemort — have you seen the guy!? Then we'll probably go on to mention all the creatures that we've been fed by Western media like zombies, werewolves, witches and vampires.

Our ancestors weaved many myths and legends to explain the unexplainable or simply scare the little ones into behaving, which have been passed on from one generation to the next through verbal storytelling. Within these stories live nightmarish creatures unique to Maltese folklore.

So, let's go meet some of the most menacing ones, shall we? (Please say yes, we can't do this alone!)

There is a running misconception that il-Hares refers to the ghastly spirits that haunt homes, spooking residents in the hopes of kicking them out so they can live out their eternal misery in peace. These ghosts actually have a name for themselves in Maltese folklore; l-Irwieh.

In reality, il-Hares — 'hares' being the Maltese word for 'look' — is more of a guardian who looks over empty or abandoned homes and places where treasure lies. Stories depict him as a man wearing a hooded robe but with dog-like features including paws and the absence of a thumb. He welcomes anyone who visits where he lays, ready to offer them gold from his infinite bounty of wealth. 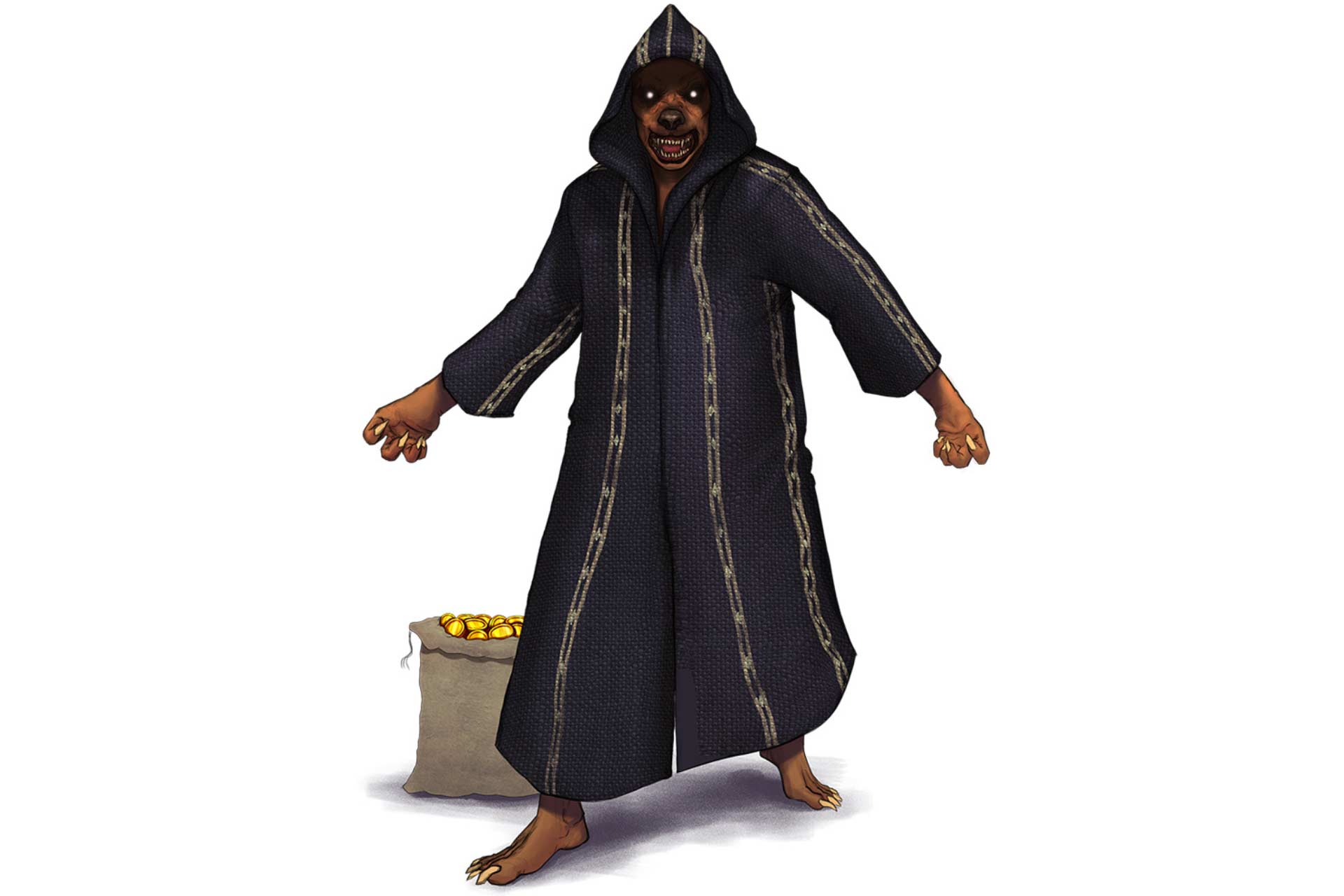 You might be thinking "That's amazing! He doesn't sound menacing at all!". Well, that's not the whole story. His generosity is bound to specific conditions which have malicious repercussions if broken, and there are many tales of people who broke his trust. Shocking, right?

One such Maltese folktale speaks of a worker who was roused by il-Hares while dozing off at Fort Ricasoli. Il-Hares gave him the location of a treasure within the fort itself on condition that this information remains a secret. In his deluded state of ecstasy, the worker asked his friend for help but to their disappointment, all they found were coal coins. But that wasn't the end of it. Later that night, il-Hares returned to the worker and gave him a good beating for breaching their agreement. 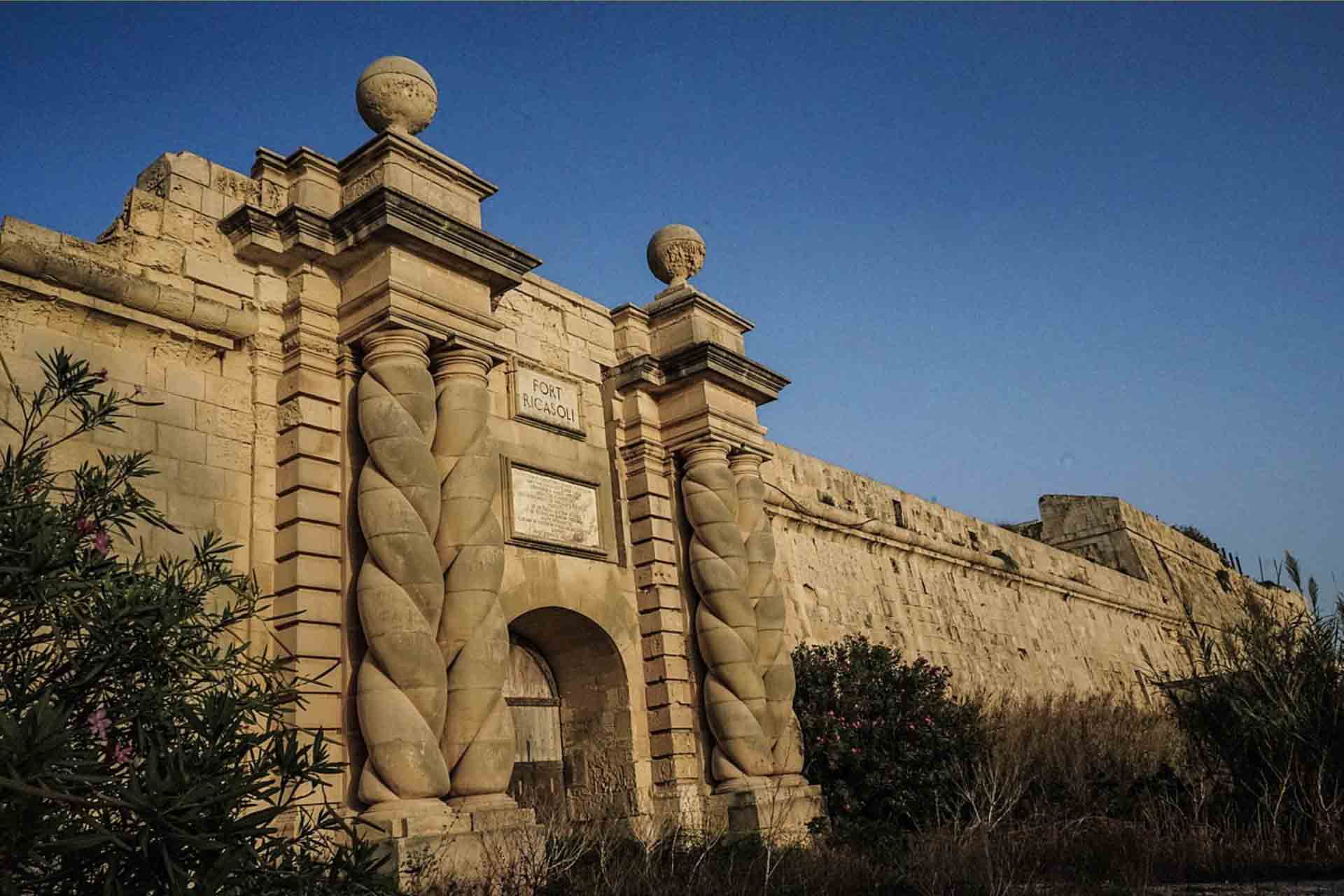 Another story talks of a barber in Zejtun who met a similar faith when il-Hares showered him with gold as long as he never ate cheese in his life. Unsurprisingly, with cheese being the irresistible delicacy that it is, the barber gave in and dropped dead the second it touched his lips.

Even though il-Hares clearly has some anger issues to figure out, he still managed to win the heart of another infamous Maltese folkloric creature — il-Haddiela — who is said to be his wife.

Have you ever gone to sleep and woken up paralysed, feeling like something heavy is sitting on your chest, or some uninvited presence is lurking about in your room? Then you've probably had an encounter with il-Haddiela.

Il-Haddiela is related to what is more commonly known as sleep paralysis which is a dream-like state where your mind is fully awake but your body is still fast asleep. Its causes are a scientific mystery to this day so many people around the world believe that it is the work of a supernatural being typically depicted as a gruesome naked woman. In fact, sleep paralysis has been dubbed The Old Hag Syndrome and il-Haddiela is Malta's version of this wretched crone. 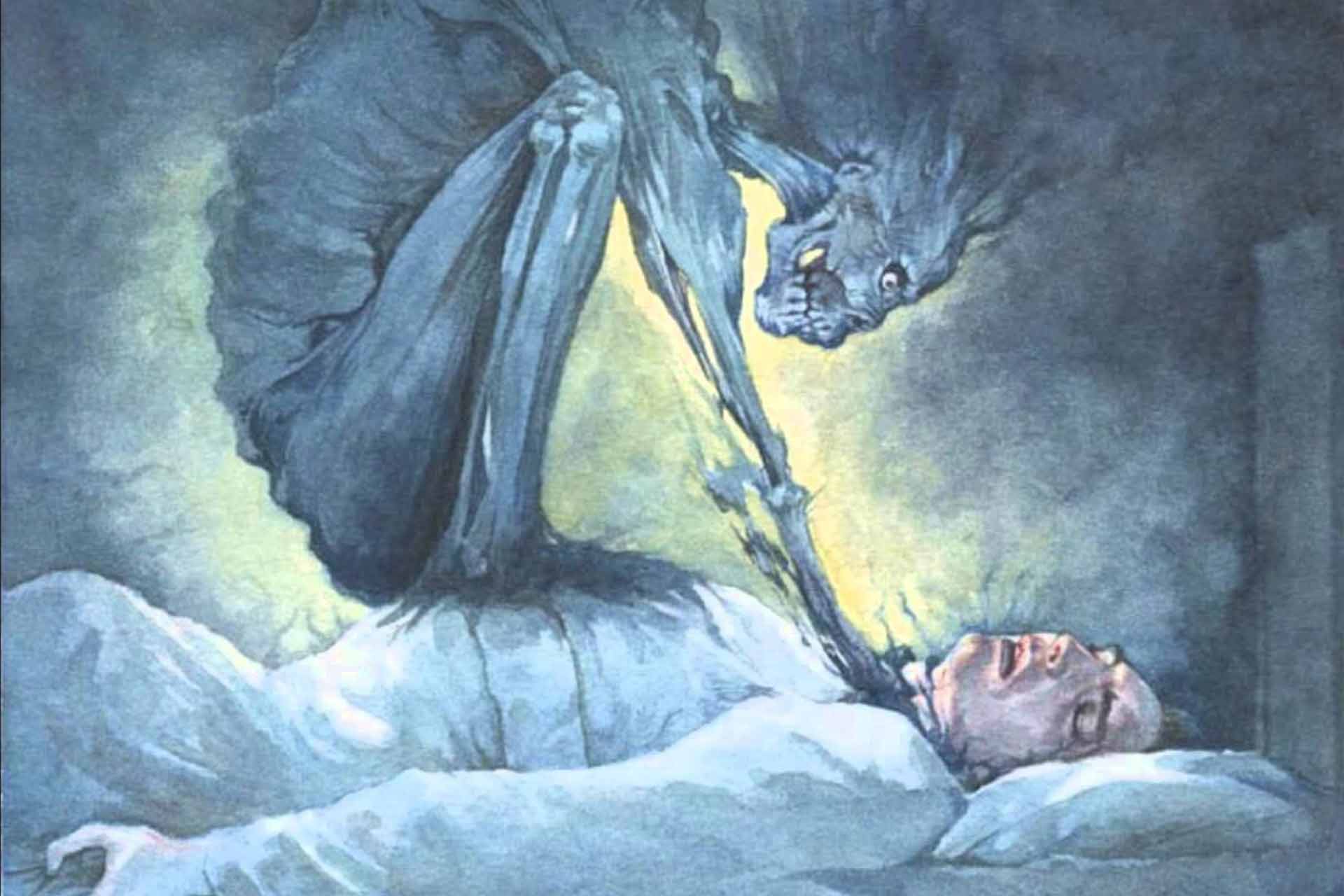 A depiction of The Old Hag Syndrome (source: RiceCatalyst)

Our ancestors believe that il-Haddiela is not too fond of people and so she torments their sleep in an attempt to scare them off and have the house all to herself. She creeps out from the shadows at night, sits on their chest and tries to choke them in their sleep. Unfortunately for her but fortunately for them, il-Haddiela lacks thumbs just like her husband so she can never really finish the job… no wonder she's always so cranky.

According to Maltese folklore, the chances of her invading your sleep are increased if you sweep your bedroom floor before you sleep. So it's best to leave your chores for the morning!

There is a solution to all this, however. All you need to do is put an iron key or knife under your pillow as it's common knowledge among supernatural experts that iron is a monster's worst nightmare. But if you don't want to sleep with a knife close to your face every night for the rest of your life, it's probably best that you pack your bags and call your estate agent.

As we mentioned earlier, some Maltese folklore emerged from tales used to scare children and this is the case for il-Belliegha.

Back in the day, when fresh running water was not the convenience we have today, people relied on rainwater which they collected in wells. These were typically dug in the backyard of a house or in the middle of fields, and people would visit them every morning to fetch their daily supply.

This was usually done by housewives as part of their chores though they would also send their children to do it sometimes. Unfortunately, this wasn't always the smartest decision as children found wells a little too amusing at times. They would climb on the ledge of the well to look down into its depths only to find themselves at the bottom of it soon after. And this is how il-Belliegha came to be. 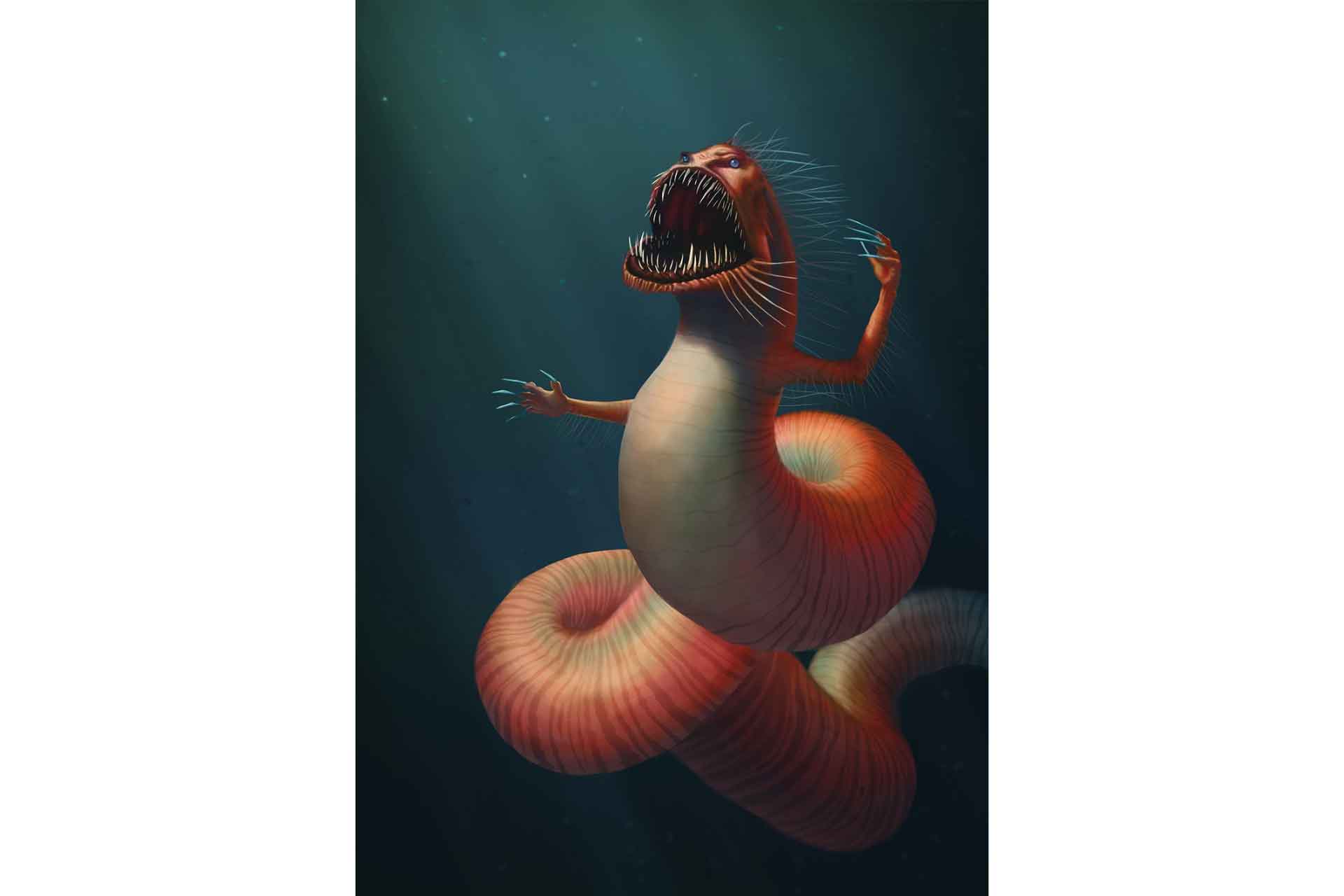 As a way to deter more tragic incidents, mothers would tell their children of a creature that snatched children who stood too close to the ledge. Il-Belliegha's name comes from the Maltese word 'tibla' meaning 'to swallow, and she is depicted as a sort of serpent with the face of a monstrous fish. You could say she's like an overgrown eel which used to be thrown in wells to rid the well of any moss overgrowth and keep the water fresh. Story has it that she would grab children with her tail, which has fingers at its tip (or with her tongue like a frog feeding on flies), and swallow them whole. 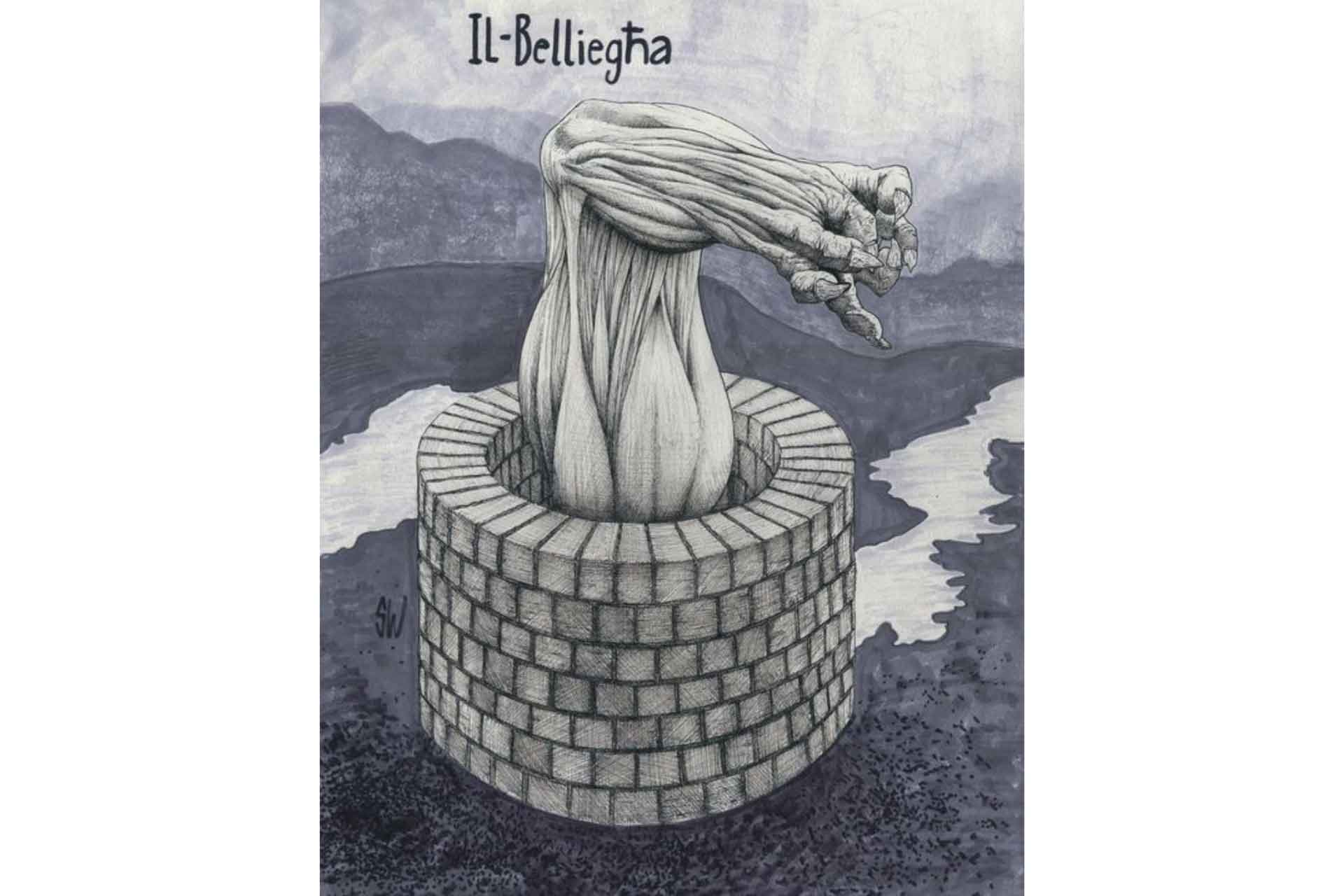 Il-GawGaw is somewhat of a rare species in Maltese folklore as, unlike the creatures mentioned above, who never seise in their torment, he appears only once a year — on his birthday, the same day he was cursed. Basically, any boy who was unlucky enough to be born at the stroke of midnight on Christmas Eve was to be forever punished for having the audacity to steal Jesus' spotlight. Once the boy became a man, he would begin unknowingly transform into il-GawGaw at midnight every Christmas Eve.

It is unclear what he actually looks like but we do know that he would spend the night running around the village streets screeching like an enraged bull while dragging a harrow that would make the most awful sound. You can imagine how quickly people would run home after midnight mass on Christmas Eve, though there are stories of people who braved the night and waited up for him. 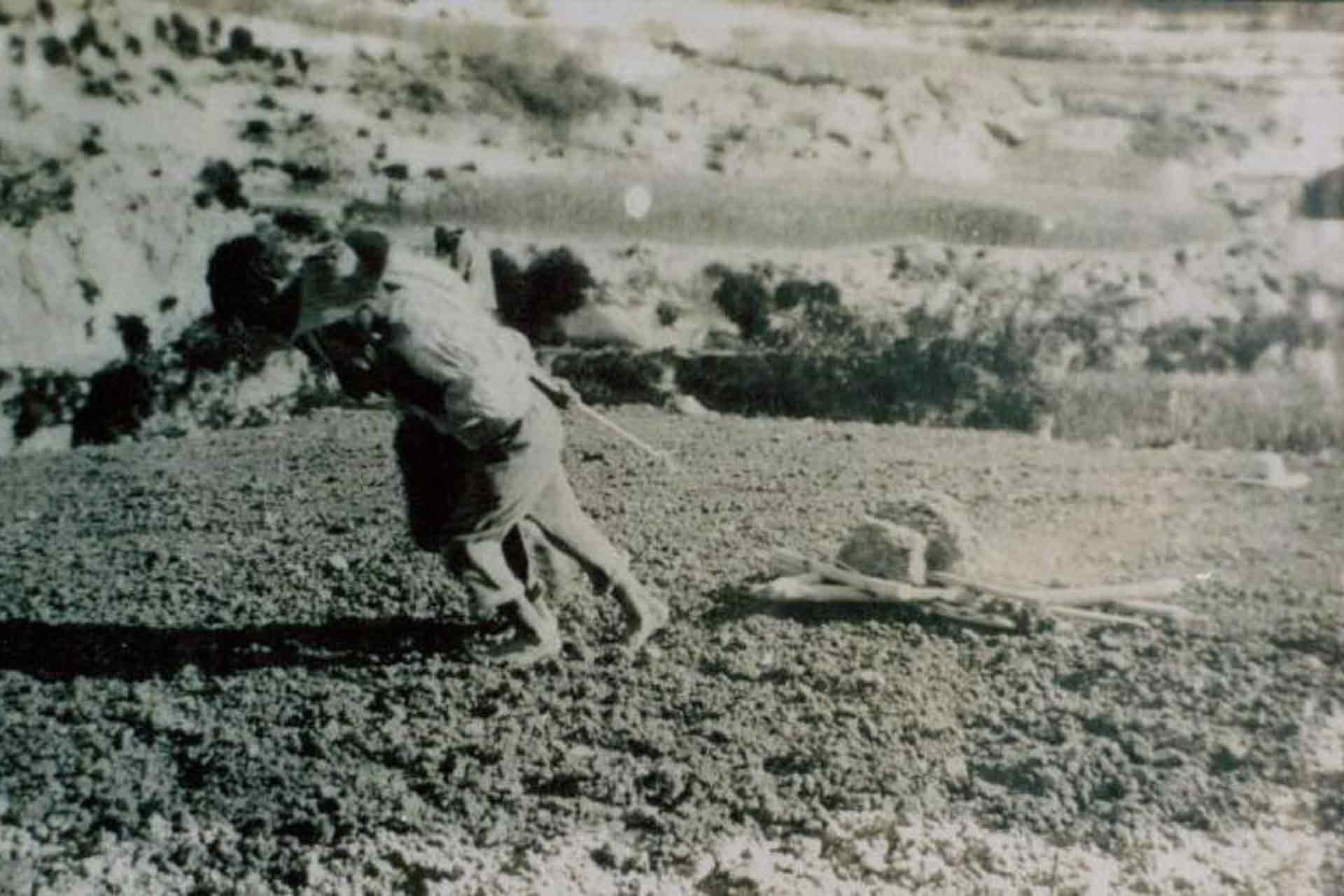 Farmers pulling a harrow similar to the one il-GawGaw would carry (source: Il-Miklem)

Once, a group of troublemakers wanted to get proof of his existence. So, after mass they went up to the bell tower thinking il-GawGaw wouldn't be able to reach them if he did actually show up. Lo and behold, as the clock struck midnight, he appeared. To their horror il-GawGaw headed straight towards them and with one great leap he reached the bell tower, blew on the poor men's faces and burnt all their hair off.

Il-GawGaw would go on spooking anyone who dared stay awake, only returning back to bed right before the first Paternoster was sung — where he would wake up as a man again, completely unaware of his late-night antics. However, if he was to become aware of his curse, he could dispel it by staying up all night on Christmas Eve counting the holes of a wheat sifter over and over until the next morning. 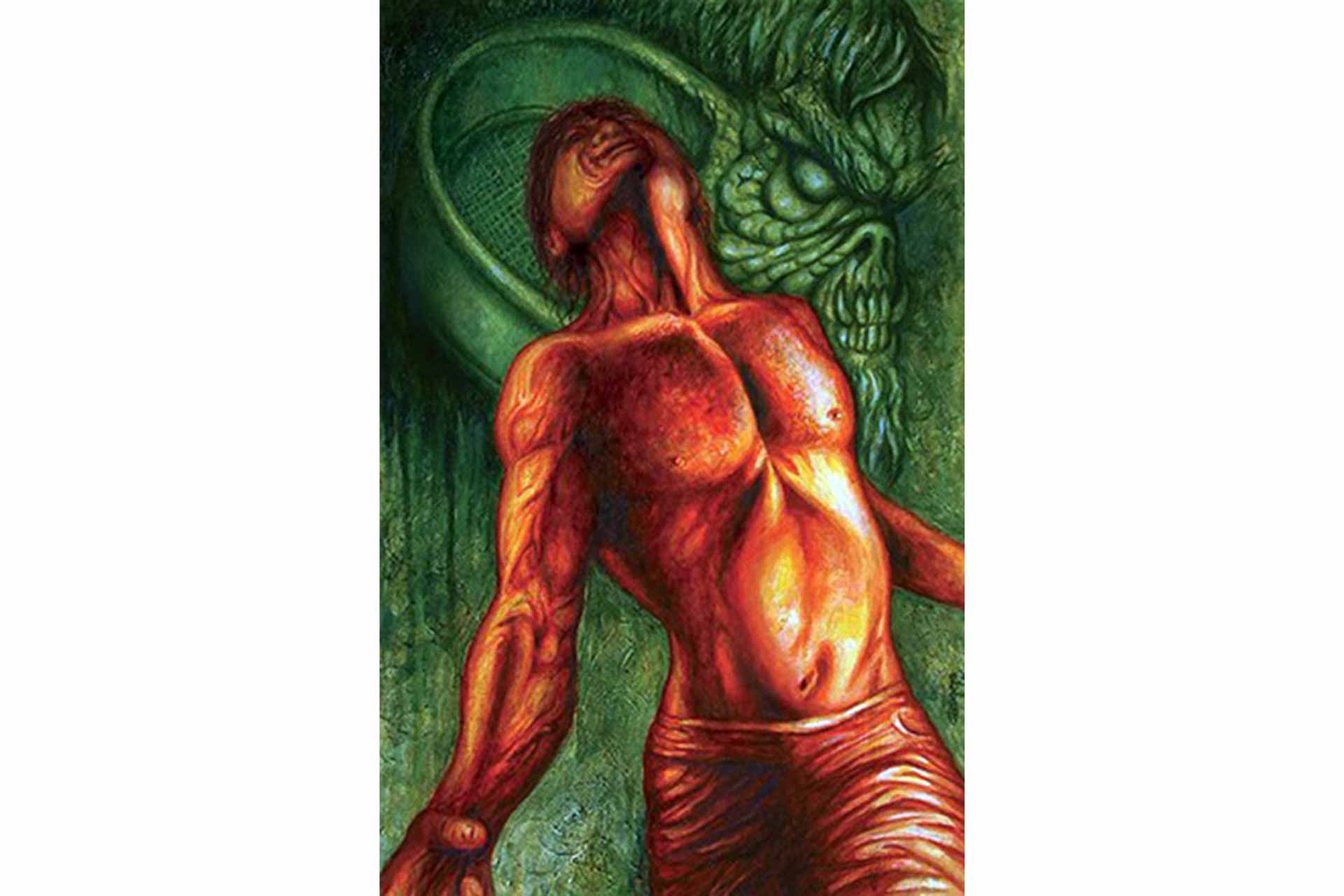 An illustration by Josef Bugeja depicting a man's transformation into il-GawGaw, together with the only thing that could break the curse; a wheat sifter (source: Il-Miklem)

This ritual hints towards il-GawGaw's potential connection with the Greek Kallikantzaroi which are mischievous devils who could be warded off by leaving a colander outside one's home at night. Like il-GawGaw, they would sit and count its holes but since three is a holy number, they would burst into flames the minute they counted above two.

These are but some of the many marvellous creatures that inhabit the fantastical land Malta's rich folklore talks about, and it would be a disservice to try and fit them all into one article.

So, keep following our Culture section for more stories on Malta's mystical realm and other information about the island's greatest treasures!