Snuggled away at the base of the southern coastline of Malta where the village of Qrendi and the town of Zurrieq meet, lies the tiny fishing hamlet of Wied iz-Zurrieq. There's no questioning the beauty of this place, with its gorgeous rocky inlet after which it's named and the magnificent landscapes surrounding it.

It's no wonder that Qrendi and Zurrieq have a history of rivalry over its ownership! And while it was decreed to fall within the parochial boundary of Qrendi in 1910 and subsequently placed under the jurisdiction of the Qrendi local council in 1993, the people of Zurrieq still argue otherwise due to what its name suggests.

Here you will learn exactly what makes Wied iz-Zurrieq a local favourite, why it's the ideal spot for your next swim and how can you make the most of your visit.

Wied iz-Zurrieq has been a popular swimming spot among locals for centuries, not only for its peaceful atmosphere but also for its high points that offer the perfect place to show off one's high-diving skills. 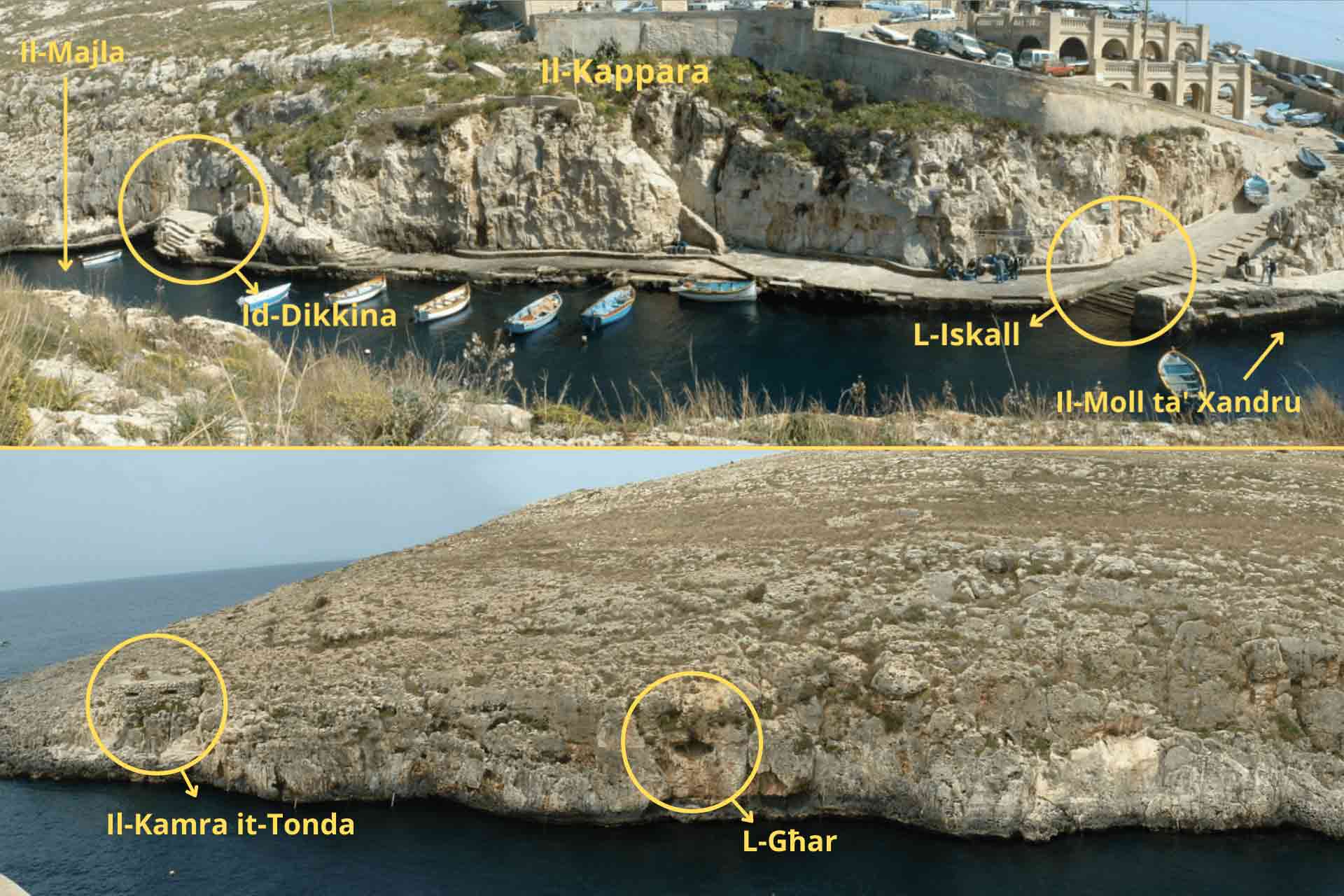 In its prime time, people would start flooding Wied iz-Zurrieq from the early morning hours as fishermen board their luzzu or kajjik (Maltese fishing boats) and set off on their daily hunt in the open sea. As the sun starts to show itself, children and their mothers could be seen threading along the valley's walls to get to Il-Majla where they would cool off from the arduous walk down under the summer sun and lounge on the concrete landing – Id-Dikkina. Further out of the inlet, where the seabed runs as deep as 24m, adventurous youths would line up along the area known as il-Kappara and compete on who could give the best diving show to casual bathers and passers-by. This practice has since come to a halt with the construction of the quay that stands on the water's edge, leading up to the slipway (L-Iskall). This landing keeps stretching onto Alexander's Quay (Il-Moll ta' Xandru) named after Xandru D'Amato who launched the very first motorised boat on the island from this spot. 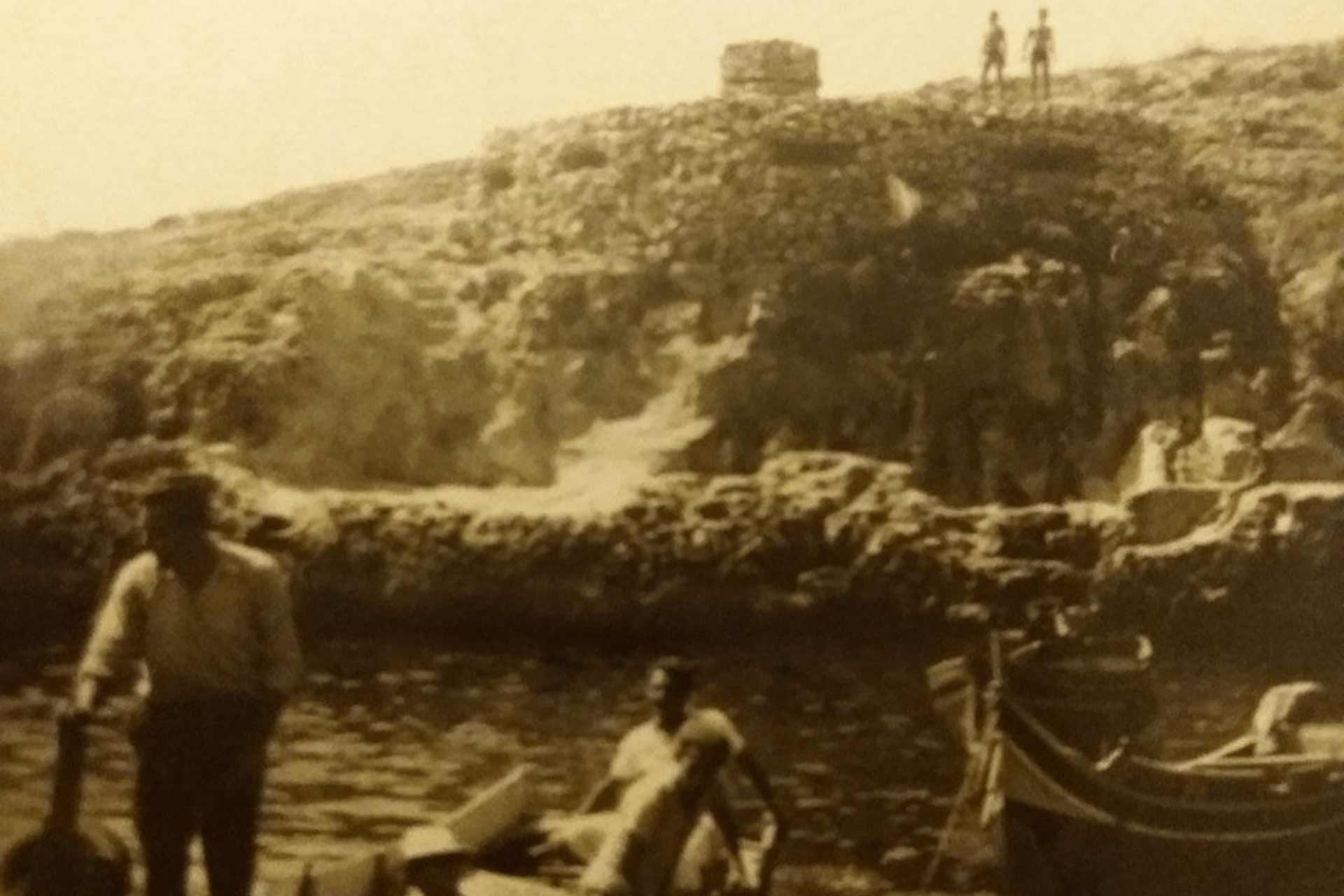 Due to its strategic location on the southern coast, Wied iz-Zurrieq also served as a key lookout location for enemy attacks throughout Malta's history. The first thing you'll probably notice as you make your way down to Wied iz-Zurrieq is a watchtower known as it-Torri ta' Xutu (Sciuta Tower). This structure was built in 1638 under the order of Grand Master Jean Paul Lascaris de Castellar alongside 6 others across the Maltese coastline – part of the 10 Lascaris towers he requested for the strengthening of our islands' defences. It was used extensively till 1873 but was abandoned until the need for it arose during WWII, after which it simply served as a police station till 2002. Since then it has been preserved as a historical relic under the remit of Din L-Art Helwa. 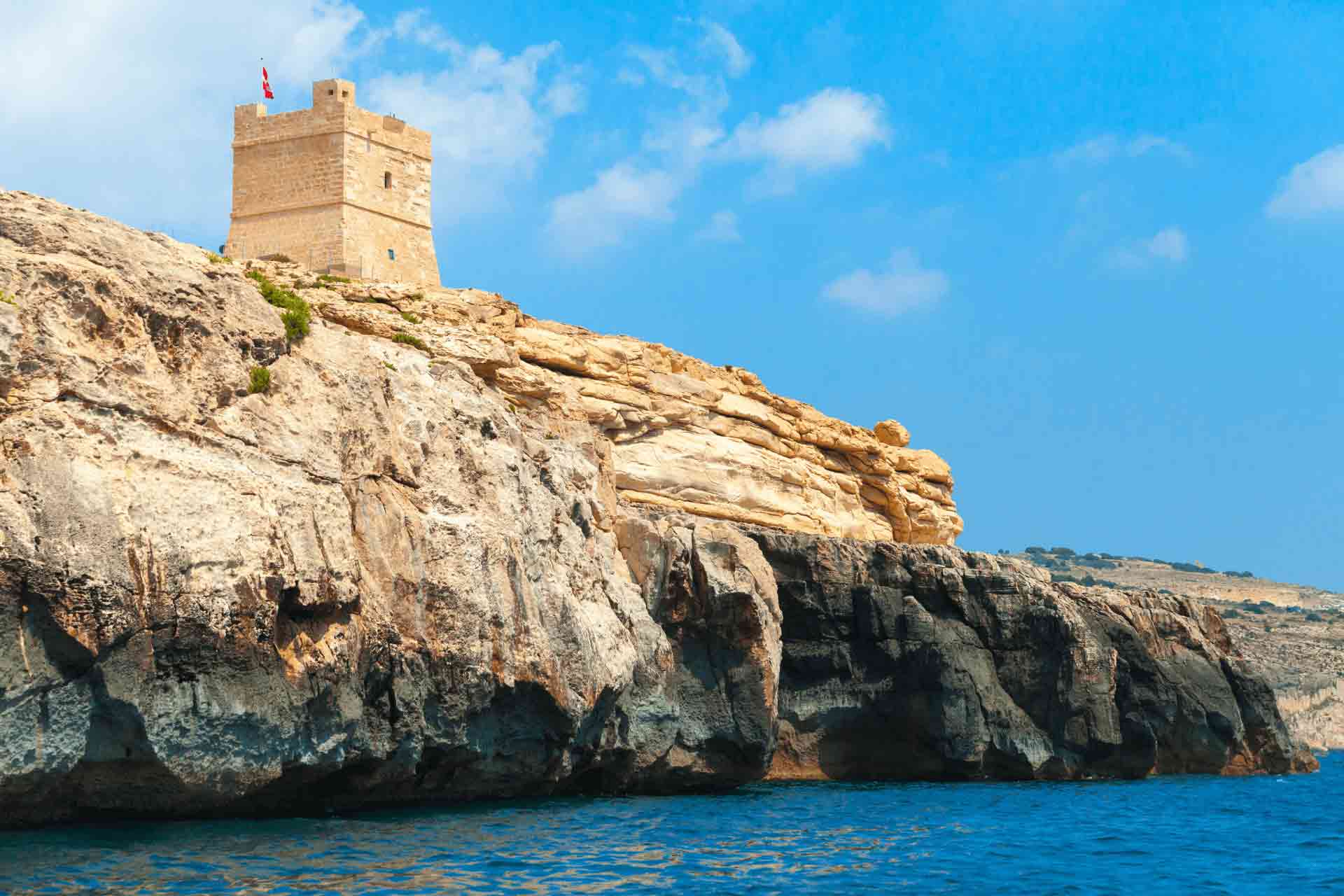 Opposite of Il-Kappara quay, one can find the WWII pillbox, il-Kamra it-Tonda's ruins, which became a favourite amongst adrenaline junkies who scaled up to its roof to get their fix by testing whether they could clear the 4m landing below. Due to a series of unfortunate accidents, this practice also died out over the years and L-Ghar became a more favoured option for high-diving enthusiasts.

What to Expect & Do

Nowadays, Wied iz-Zurrieq still serves as an excellent swimming spot for anyone seeking a peaceful bathing spot. However, over the years, it has become known more for the variety of local eateries serving all kinds of fresh seafood dishes and, most famously, the Blue Grotto boat tours. 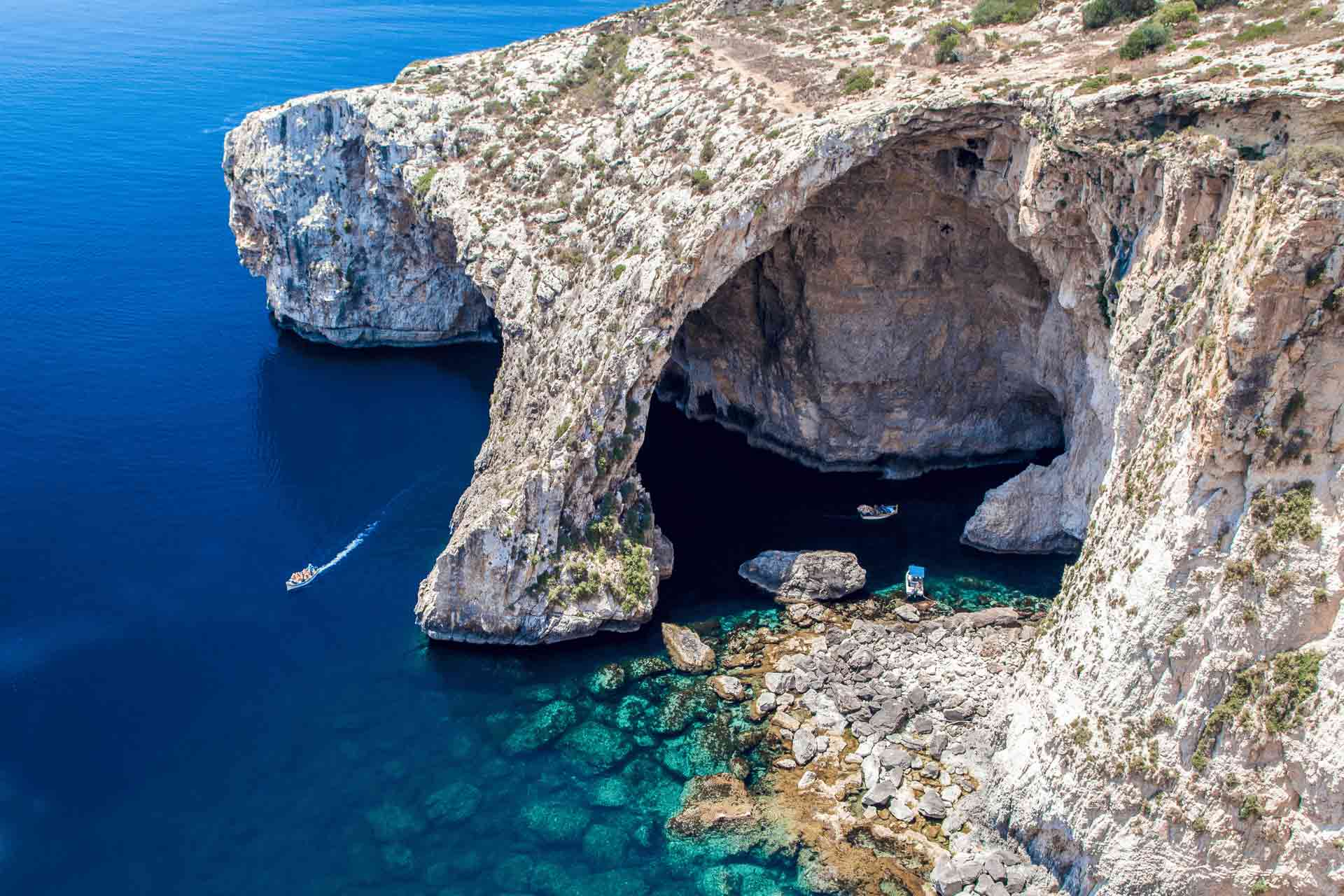 Less than a kilometre away from Wied iz-Zurrieq lies the breathtaking azure grotto that has become a must-see for anyone visiting Malta during the summer months. Along the Il-Kappara quay, you will find several tour boats starting from as early as 9 am that will take you on a 20-minute trip where you'll get to marvel at the white seabed through its crystal clear waters and appreciate the stunning cave system towering 30m above you. We recommend you plan your trip in the late morning hours or the afternoon when the sun is at its brightest, so you get to experience the mesmerising spectacle of light at its fullest. 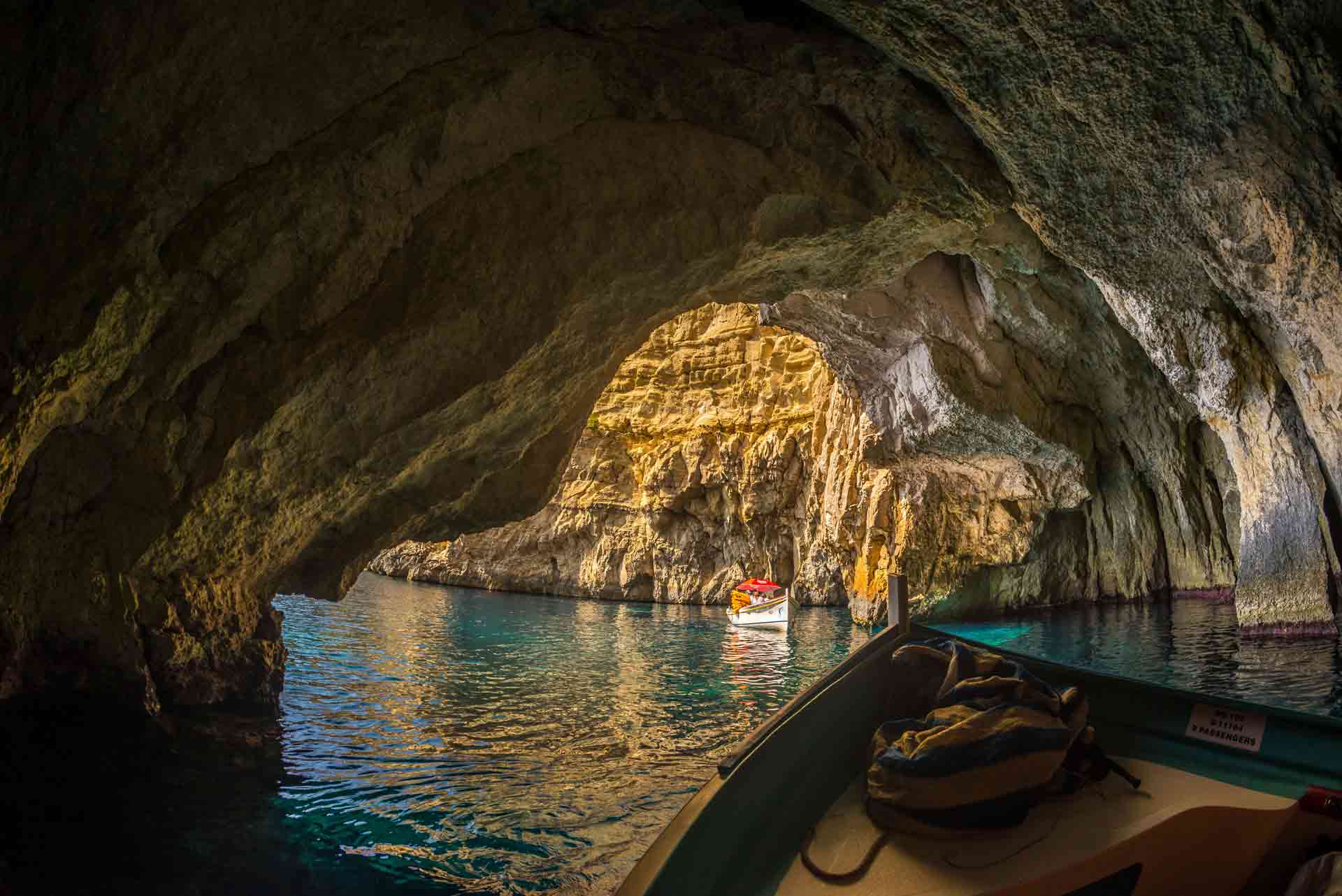 Inside the Blue Grotto caves

Needless to say, Blue Grotto is a perfect spot for scuba divers – the only issue is that the area is only accessible by boat so you'll need to find your own means of transport. But if that's not a viable option, there's still plenty to see under the sea across Wied iz-Zurrieq. Scuba divers typically start their journey at the quay and explore the marine life in the depths below as they head towards the main attraction – the Um El Faroud tanker. This ship, built in 1969, was scuttled on the West Reef of Wied iz-Zurrieq to serve as an artificial reef in 1998 after it suffered a gas explosion in 1995 that took the lives of nine Maltese shipyard workers. 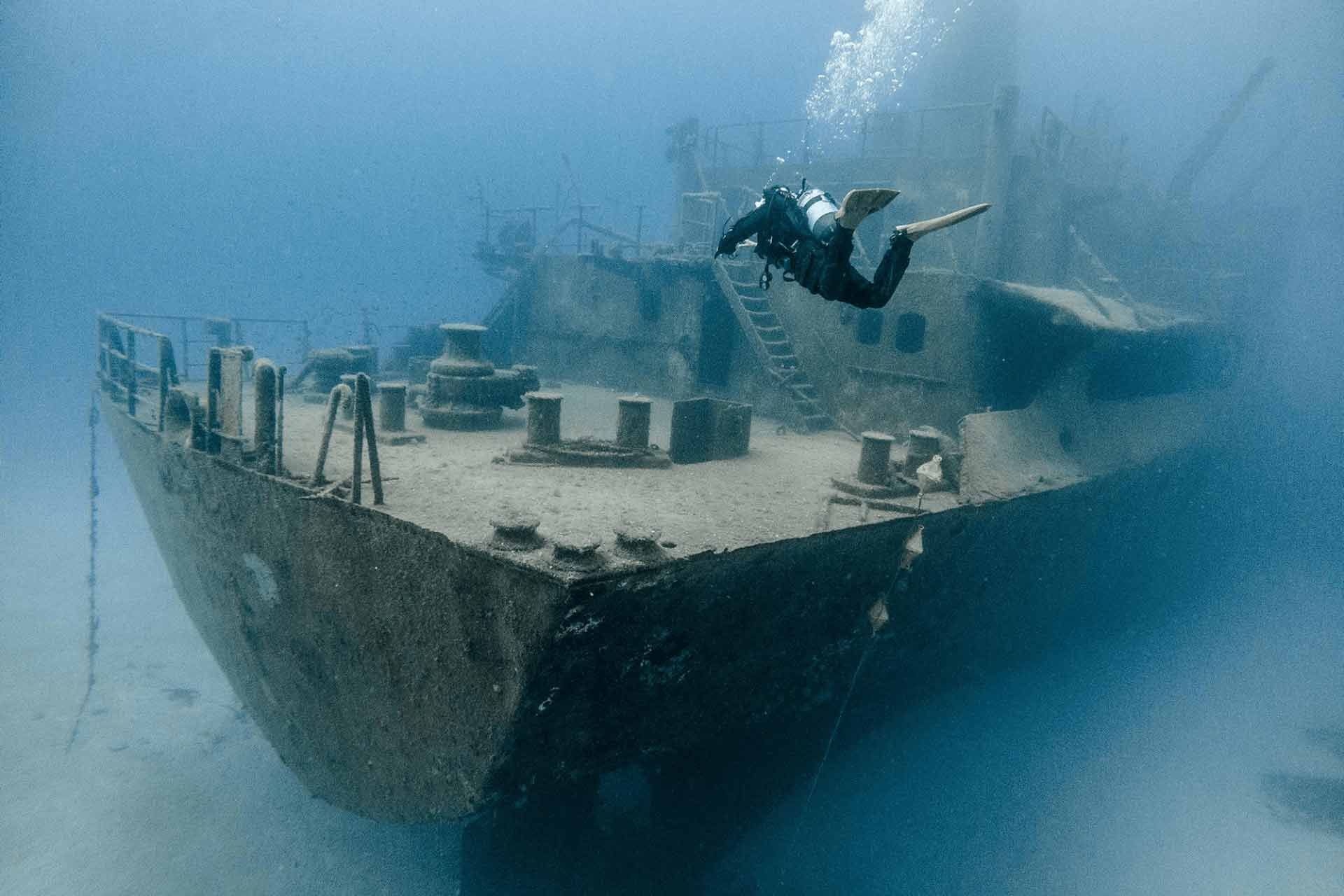 Wied iz-Zurrieq is also ideal for hikers looking to get a first-hand view of the Maltese landscapes and jaw-dropping sunsets over the sister island of Filfla.

Wied iz-Zurrieq is highly accessible by anyone using whichever kind of transport (except maybe a bike cause the way up is not easy!). You can either choose to drive your vehicle and park in the parking area at the bottom of the hill, book a cab or use the number 74 bus from Valletta or Zurrieq or the 201 bus from the national airport.

As is the case for most swimming spots in Malta, it's best to visit Wied iz-Zurrieq in the summer months and we highly suggest that you either go in the early morning hours or late at night to avoid the Blue Grotto boat tour rush in the afternoon. Just make sure that you visit when North-West or North-East winds are forecasted if you plan to swim!

For more articles on things you can do around the island visit our Activity page or explore more of what Malta has to offer in our Culture section.