The eSports industry in Malta and beyond 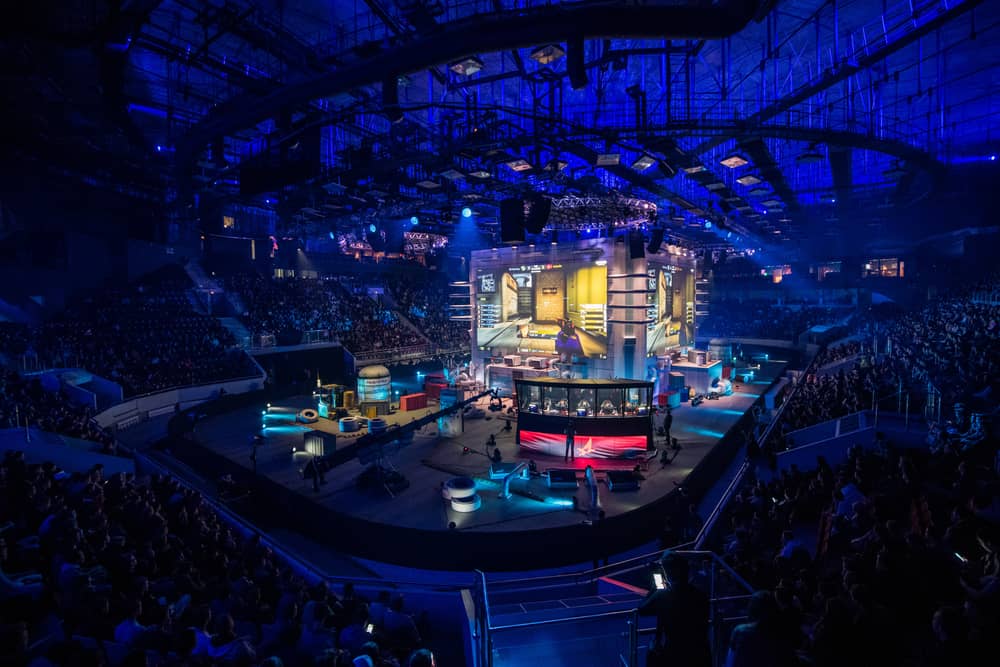 Uniting geeks and gaming buffs across the globe, eSports has transformed from a niche past time to a worldwide phenomenon watched by millions. Taking the world of gaming by storm, it comes as no surprise that it has become a million-dollar industry with European football teams like Paris Saint Germain, Ajax FC, Manchester City having their own eSport teams, while others from the NBA to Coca-Cola and ESPN trying to tap into this business. In recent years, it has landed on our shores, setting local gaming enthusiasts abuzz and amassing fans. But with so much hype out there and various debates on the topic, you might be wondering what's all the fuss about. Or perhaps you're intrigued? Whatever your sentiment, here we go into the highs and lows of what it is that makes professional video gaming such a big business.

So what exactly are eSports and why are they so important?

Remember the days when video games used to be played inside the four walls of a room and were enjoyed individually? Things have changed. Short for electronic sports, eSports are, in essence, organised, multiplayer video game competitions and tournaments, often mimicking traditional sports by using similar tournament formats and regulations, while at times, they may even have professional players that are employed under contracts. Today, massive, international eSport tournaments that attract large crowds are hosted in big arenas, where well-known gamers battle each other for the glory and big cash prize, while fans from all over the world flock to watch the action on large screens or tune in to follow the game online in the comfort of their own home. Whereas eSports as an industry may have truly boomed in the late 2000s, the first video game competition dates back as early as 1972, when a bunch of students at Stanford University competed on a round of Spacewar. The grand prize was an annual subscription to the acclaimed, pop culture magazine, Rolling Stone. Little did these kids know that their casual match would lead to a gaming revolution and would pave the way for modern day tournaments. The first gaming contest was staged by Atari in New York City in 1980 attracting 10,000 participants, but the Internet's advent is what truly connected gamers around the world and solidified further gaming's popularity. The eGaming industry, however, shares more than just its name with its traditional counterpart. Just like any conventional sport like football, tennis or rugby, every competitive video game has its own set of rules and objectives, while each requires a particular skill set. So how does it work and who sets the rules? From game developers to competition organisers and advisory services, many and varied organisations are involved in eGaming, but publishers and developers are the ones who set rules and penalties, which are then enforced during eSport leagues. In addition, organisations such as the Esports integrity Coalition (ESIC) and the World Esports Association (WESA) have also worked towards setting up regulations and recommendations for the prevention of match manipulation and betting fraud amongst other things. But what's hot about eGaming is not just its increasing popularity. Revenue is big too. Global eSports earning reached ＄493 million in 2016, increased to ＄655 million in 2017, while it is expected to exceed ＄900 million this year. Most of this revenue comes from investments by major companies, as well as celebrities like Magic Johnson, Shaquille O'Neal, Rock Fox and others, together with sponsorships, prize money and merchandise.

A sport or just a mind game?

The concept of sports evokes images of physical exertion, skill and precision carried out by an individual or a team either out in open air or indoors in a gym or sports court. A set of predefined rules must be adhered to, while the sport is played for building stamina and physique, for enjoyment and on occasions, as a job. In contrast, eSports spring to mind scenes of teens, sweating it out on their gaming chair, eyes glued on the screen. Sure there is the element of competition and perhaps even a hint of exertion if you consider the physical strain fingers undergo when manoeuvring the keyboard. So where does this leave professional video gaming and can it be considered a sport? This question has certainly been a bone of contention since the Space Invaders Championship in the 1980s. For instance, in the UK, eSports are considered a game like the likes of chess and bridge, yet some arguments point to the fact that gaming, just like sports, requires careful planning, precise timing and skilful execution. In effect, several eGaming events have been run alongside traditional sport competitions, such as the Asian Indoor Games and Martial Arts Games (AIMAG) and most notably, during the 2018 Winter Olympics, professional games were brought to play StarCraft II and Steep prior to the opening of the games, whereas five South Korean gamers participated in the Olympic Torch Relay. Certain countries also appear to make great efforts to solidify video games onto the same level playing field as sports. Back in 2013, Danny 'Shiphtur' Le, a top LoL player received an American P-1A visa, usually given to internationally recognised pro athletes, whereas in 2014, Turkey began issuing eSports licences to players certified as professionals. What is more, the International Olympic Committee (IOC) is considering to incorporate it into future Olympic games. As expected, the violent nature of certain games has raised more than a few eyebrows just as much as the aggressive behaviour and rule violations by some players, while there are still ethical and legal issues that need to be ironed out by the IOC. However, the committee has maintained that any approvals will revolve around games that simulate real sports such as the FIFA or NBA 2K series.

The eSports business and events in Malta

Malta has yet to find its place in the eSports industry, however, interest has grown and the business has seen a steady surge in popularity thanks to the numerous competitions and events held. One of the most successful initiatives has been the GO Malta Esports Festival which was first held in 2012. Hosted annually, the festival has become an iconic staple for the local gaming community and this year's edition is set to be the largest event of its kind. Taking place in the Malta Fairs and Conventions Centre in Ta' Qali, the festival will feature foreign professional players, a large central stage, an Expo area, as well as a career convention area. Another popular eGaming tournament is the Nova series, a local competition that has become a flagship LAN event. Featuring some of the world's top-ranked teams and with a massive prize pool of ＄150,000, this year's event will see a large number of Counter-Strike: Global Offensive fans joining in the fun. Yet, events and tournaments are not the only things that have helped make the business more mainstream. A Malta eSports Forum has been set up, which has helped to introduce the local public to the eSports world, while workshops are also on the rise, such as the boot camp held a few months ago which saw a number of youngsters practising for three to six hours a day to hone in their skills. What is more, gaming communities such as the likes of Gamers have worked hard to solidify gaming's local audience, while the eSport events organiser Quickfire has been behind successful events. The ultimate go-to place among gamers, the Gamers Lounge is a LAN cafe and hardware store where gaming lovers can enjoy hours of practice using high-end gaming stations and quality peripherals. The fact that eSports is big, is a well-known fact even locally. With the objective to tap into this lucrative world, the government aims to transform Malta into an eSports hub, attracting professional video gaming teams, enthusiasts and spectators, as well as developers and international events. The island is regarded as an attractive contender for becoming a melting pot of business opportunities due to its infrastructure, numerous hospitality facilities, the work environment and tax climate, just as it has been for the iGaming industry and now with Blockchain.