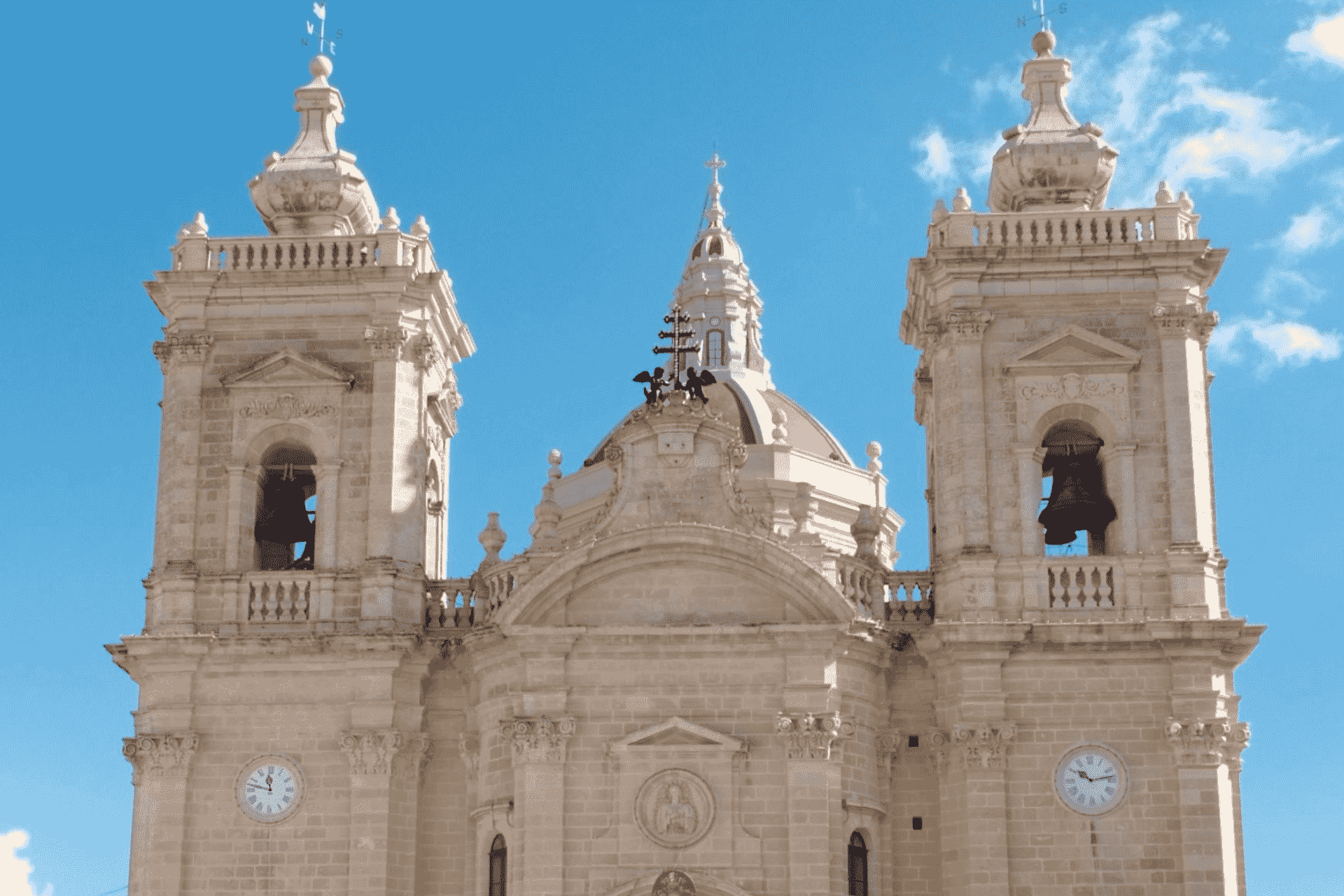 The Parish Church of Xaghra, Gozo (Credit: Archdiocese of Gozo)

Surrounded by rich valleys and some of Gozo's most beautiful stretches of agricultural land, as well as being engulfed within Ramla Bay's breathtaking beaches, Xaghra is the origin of one of the oldest civilizations and inhabitants of Gozo. This Gozitan village rests on a hill on the north-east of the island and derives its name from  the Maltese term for 'wilderness' which references the uninhabited, natural state of the land prior to the existence of the village. Xaghra is more than just a picturesque place to visit, it is home to Megalithic stone temples from the Neolithic era, Xerri's Grotto, Nenu's Cave and several other incredible places that are an absolute must see. 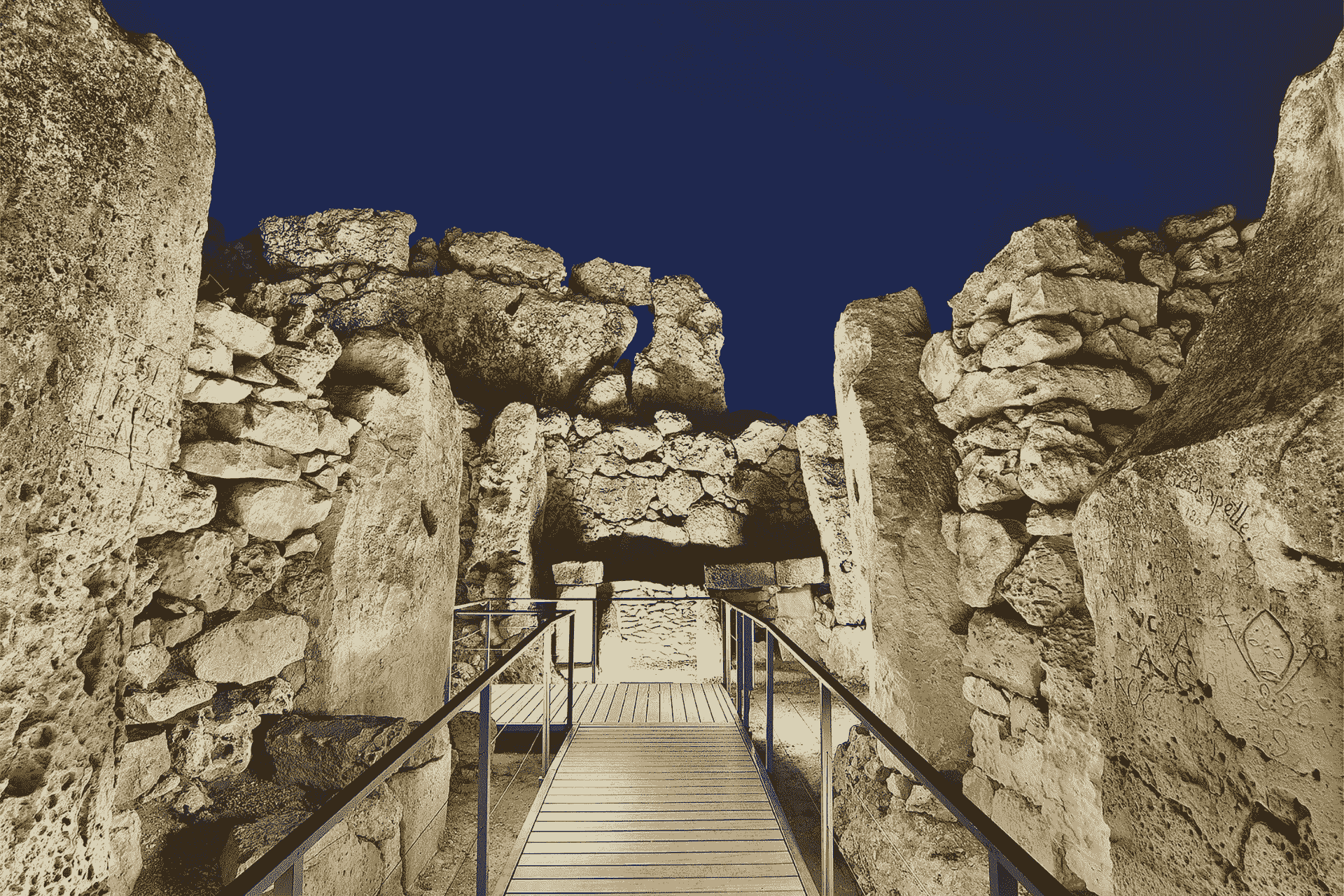 The Ggantija temples are a magnificent historical site that pre-date the iconic Stonehenge. The temples are now a part of the UNESCO World Heritage sites and were constructed between 3600 and 3200 B.C. The Ggantija Temples have some megaliths that exceed more than 5 metres in width, weighing more than 50 tonnes. They are such an incredible architectural feat of construction that Gozitans used to believe that they were made by a race of giants. In fact, the term 'Ggantija' originates from the Maltese word 'ggant' which translates to giant. 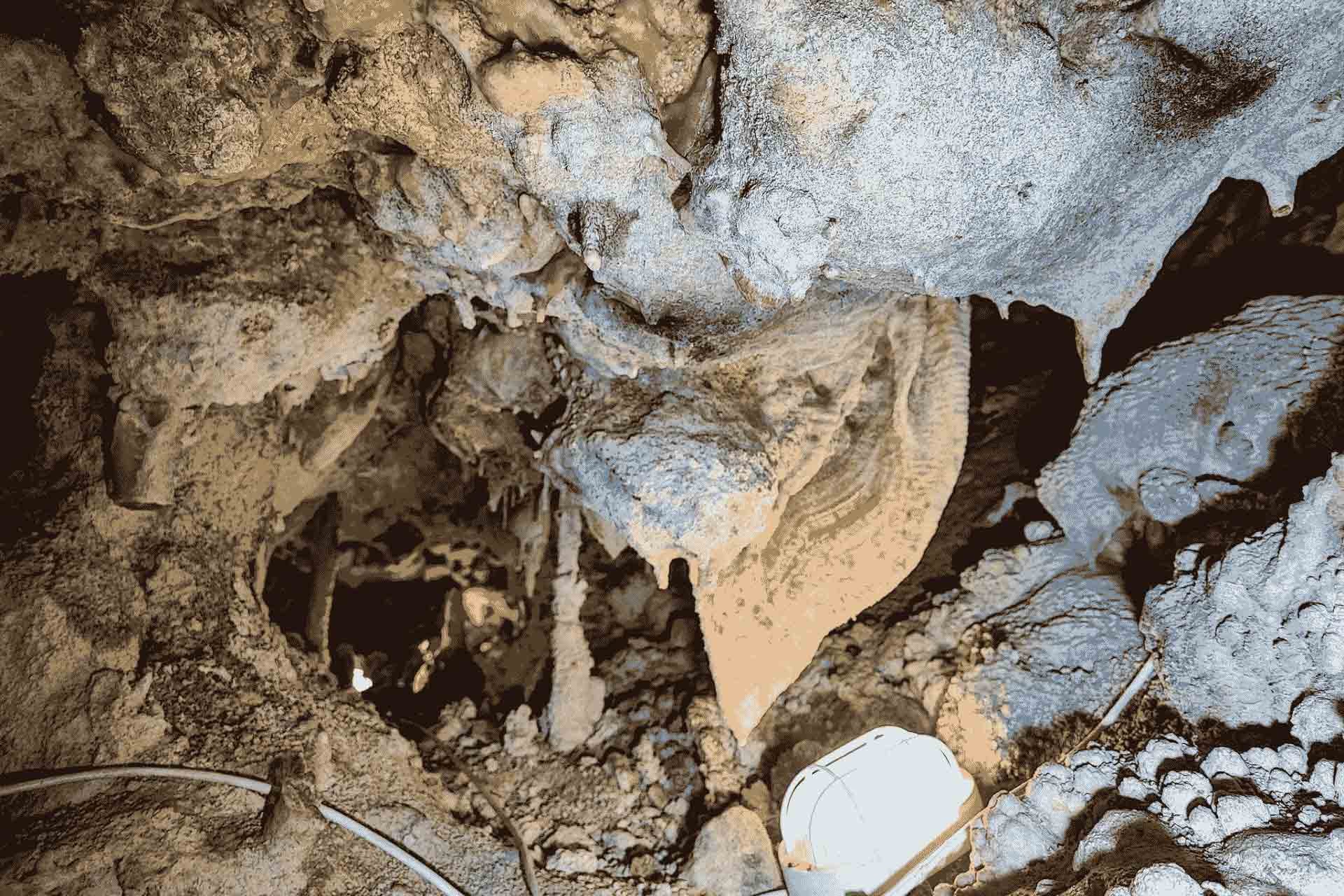 The stalactites and stalagmites at Xerri's Grotto (Credit: Visit Gozo)

In 1924, a local Maltese family discovered a cave underneath their home in Xaghra, a tiny cavern filled with stalactites and stalagmites. The family has maintained and kept Xerri's Grotto open for the general public for several generations.

Locals and tourists alike can visit the grotto and go down a spiral staircase into the cave for a tour with over 30 metres worth of stalactites and stalagmites. Interestingly enough, during the Second World War, the family extended the length of the grotto and utilised it as a bunker and air raid shelter.

Adjacent to Xerri's Grotto is Nenu's Cave, another natural cave with stalactites and stalagmites that was discovered by a local Gozitan resident in 1888. Similar to Xerri's Grotto, the cave is accessed through a Gozitan family's home, the cave has some remarkable natural formations such as the helictites — curved stalactites which are quite rare and difficult to find. 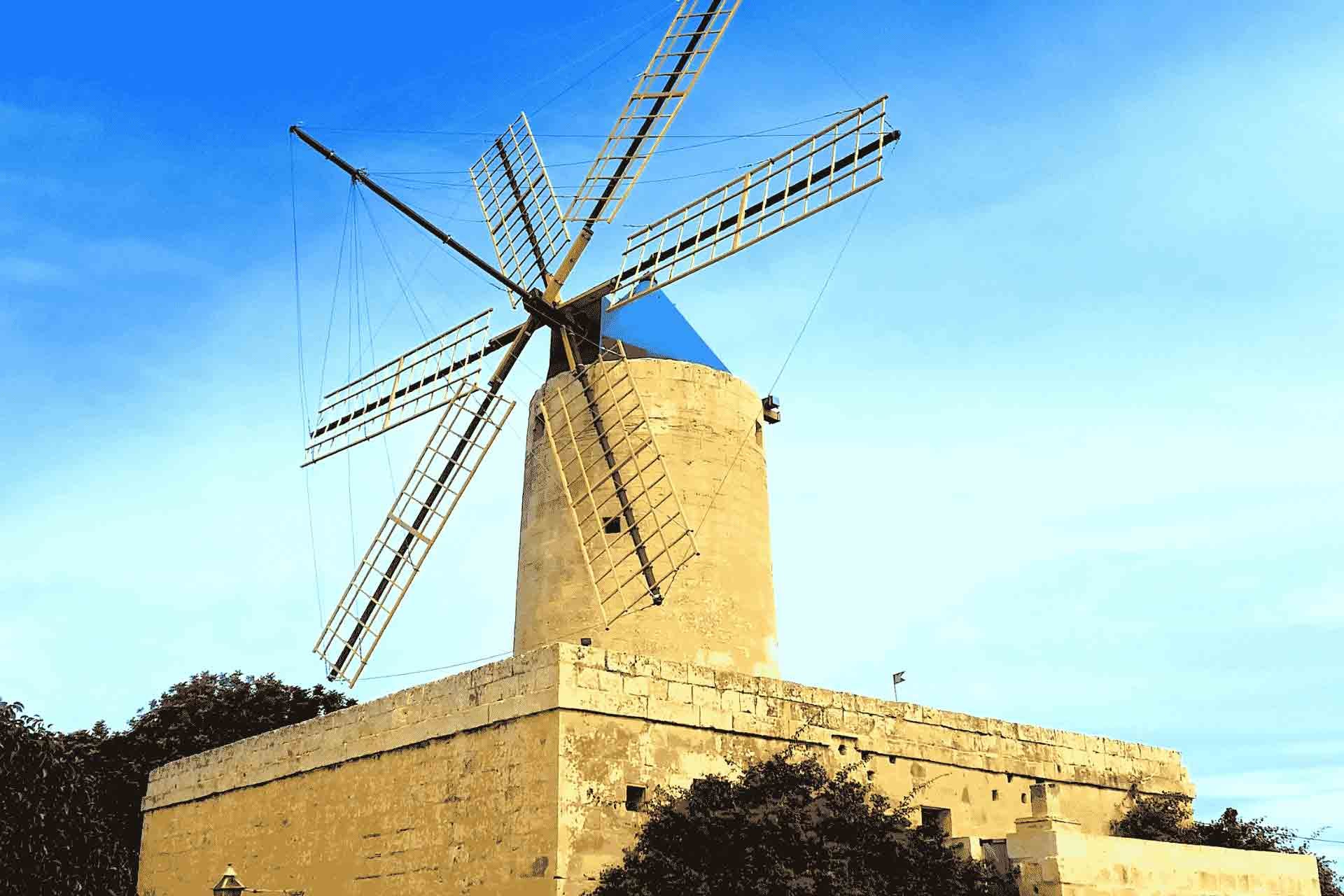 Ta' Kola Windmill is one of the few remaining windmills that dates back to the time of the Knights. The Xaghra windmill located close to the Ggantija Temples is a testament to the indigenous way of life. Ta' Kola was essential for the Xaghra village as in the past it provided the resources for the production of flour, bread and other food items.

The History of the Xaghra Parish Church 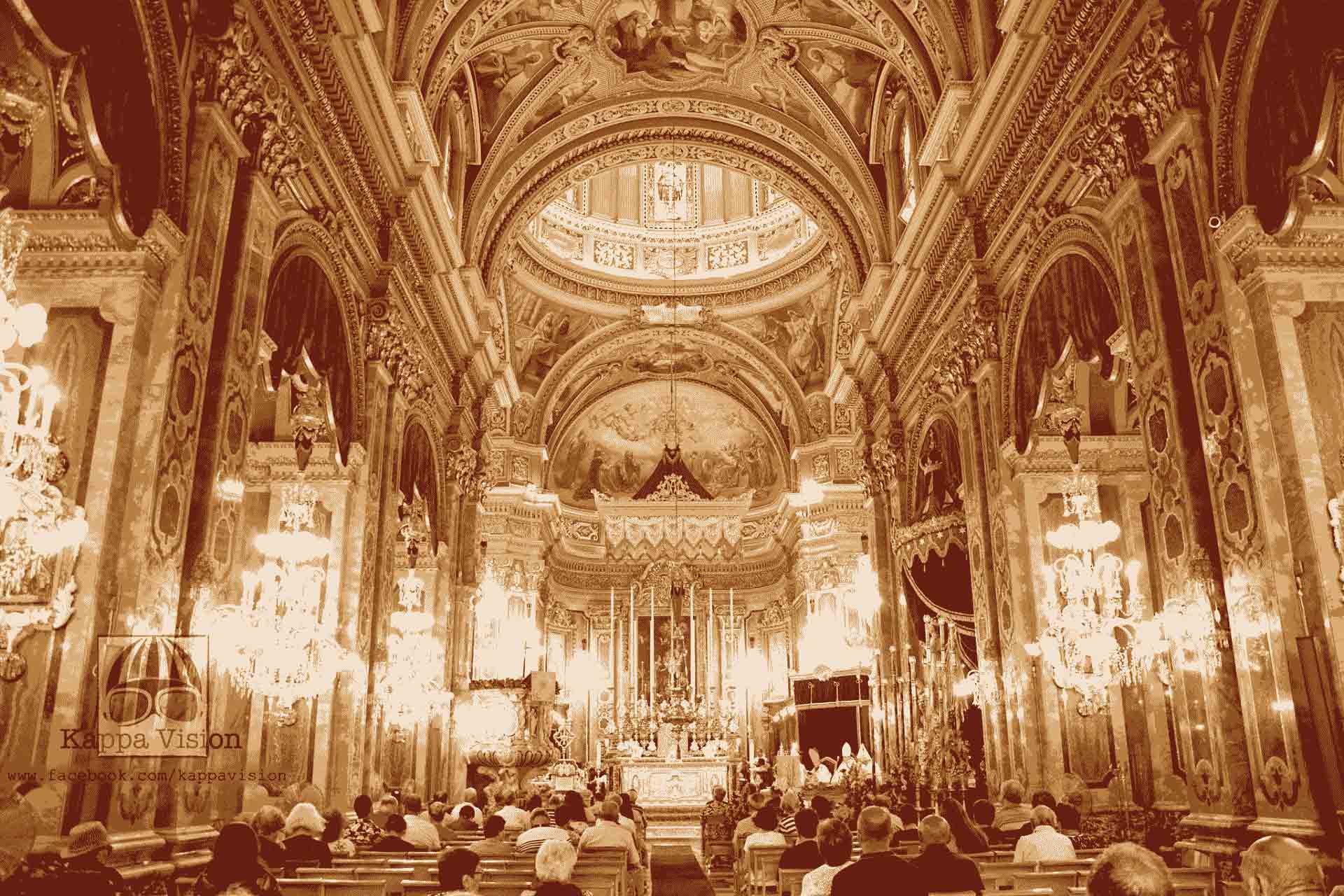 The main church hall of the Parish Church of Xaghra (Credit: Kappa Vision)

The Xaghra Parish Church was constructed in the late 17th century as per the request of Bishop Davide Cocco Palmieri. The construction of the parish church was completed in 1692 and was referred to as the church of Our Lady of Victory. In the 19th century, the population of Xaghra began to grow exponentially and the church was no longer sufficient to cater for the village.

So, in 1813, the priest Vincenzo Cauchi donated 500 scudi for the initial construction of a bigger parish church that would accommodate the village. The church would officially be consecrated in 1878 since the construction of the parish took a lot longer than anticipated due to a lack of funds. It took more than 70,000 scudi and 46,000 scudi worth of free labour provided by the local villagers for the completion of this project.

The church's façade is made up of three bays with the central one protruding outwards and featuring a high plinth. A gateway with mouldings and segmented pediments is seen in each bay. Above the main gateway is a roundel with a portrayal of the Virgin Mary and a triangular pediment on top. Another segmented arch and an aedicule with a cross at its summit may be seen on the upper tier of the central bay. Each bay's border is embellished with pilasters with Ionic capitals. 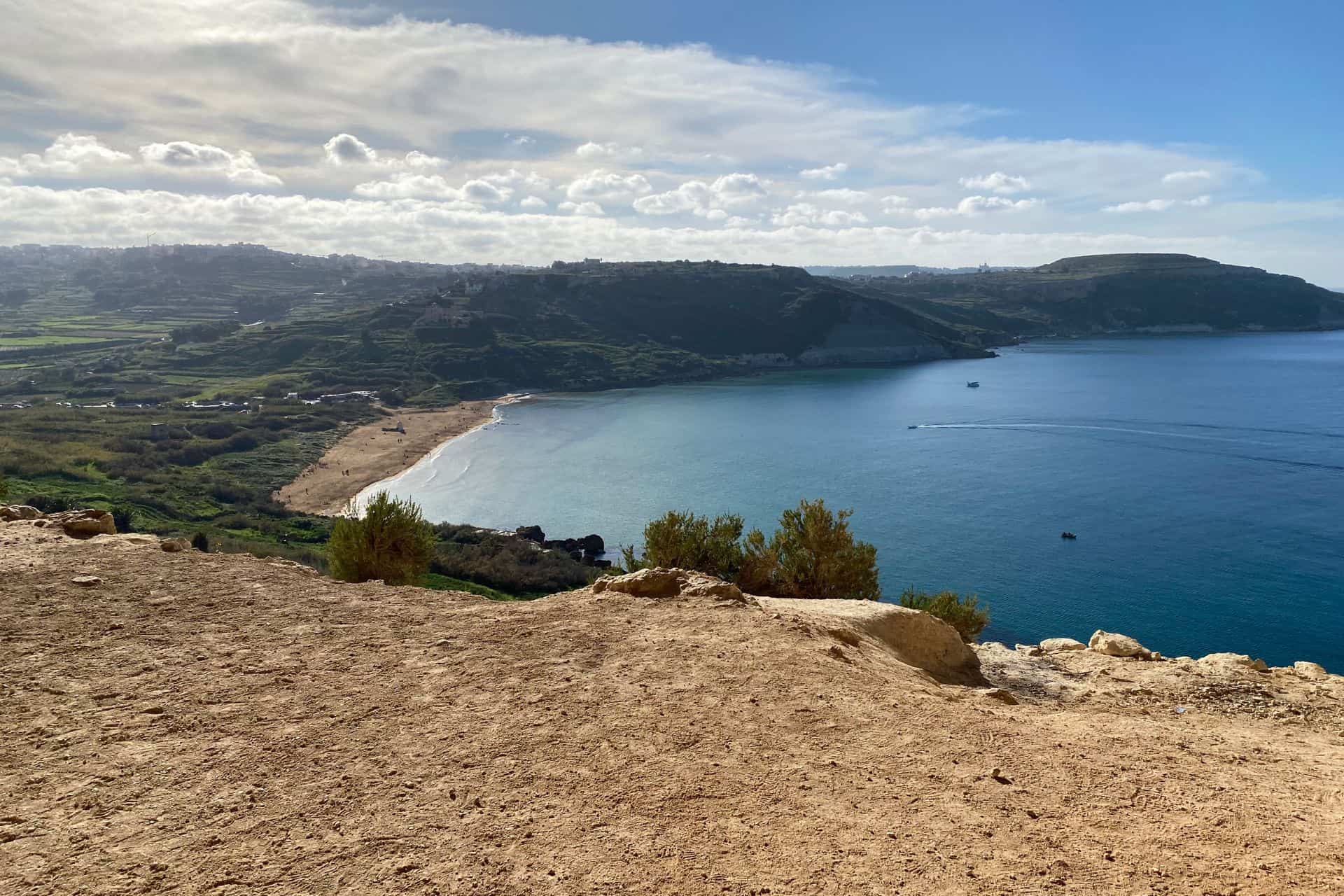 A view of Ramla Bay from tal-Mixta, a cave at the highest point of Nadur

This is one of the most aesthetic beaches found in the entire Maltese archipelago. It is often referred to as "Ramla il-Hamra" after its long stretches of gorgeous red sand. Ramla is a great location for sunbathing, swimming, and snorkelling, the area around the beach is remarkably underdeveloped. The valley that descends to the coast is lush and rich, and the dunes are an environmentally sensitive area that is heavily protected.

For more articles like this check out our Culture Tips section.