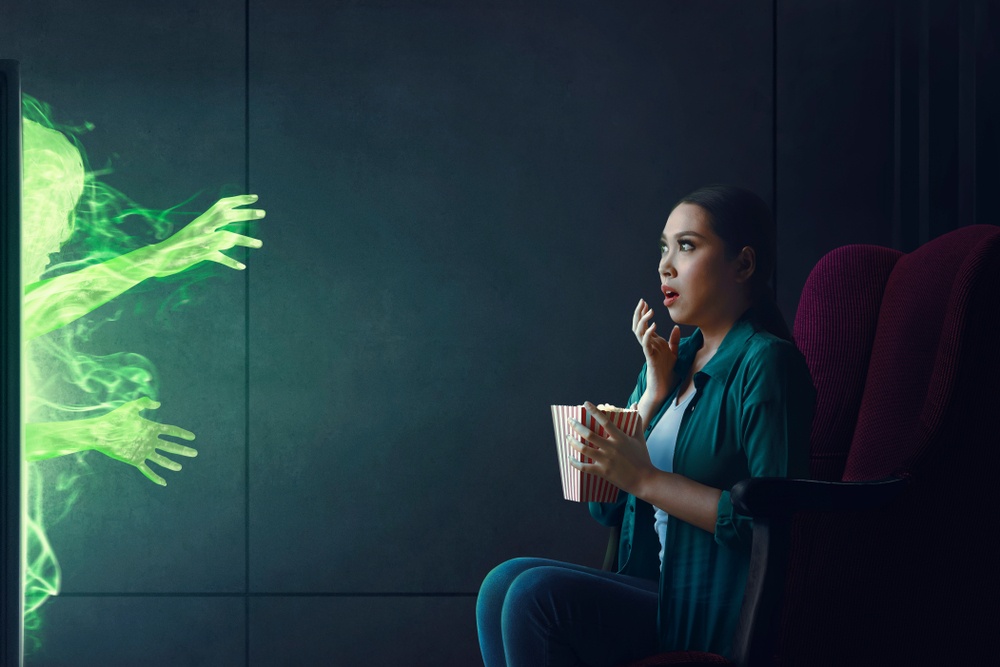 Halloween brings with it a lot of festivities, spooky sights, trick-or-treating and scary story-telling. Why not end the frightful days on your sofa watching a good horror movie in the dark? We can guarantee you'll remain spooked and terrorised for the rest of the evening… and maybe, even for the rest of the week, but you'll surely have a fang-tastic evening. Here's an overview of some of the scariest movies to watch on Halloween, some suited for kids, and others purely for adults, which will have you seeing all sorts of new shapes and shadows in the night.

Miguel, a Mexican boy with a passion for music, dreams of becoming a singer and follow in the footsteps of his idol- Ernesto de la Cruz. However, his family has had a bizarre ban on music for several generations and no one in his family is allowed to perform music anymore. After being accidentally transported to the vibrant Land of the Dead, he goes on a journey to uncover the real story underlying his family's history. Unfortunately he only has till sunrise to do so. Will he manage to find his great-great-grandfather- the legendary singer, in time? Will he stumble on the truth? Or will he be stuck in the underworld forever? This is an intriguing tale about music, love, betrayal and family.

After having uncovered several fake monsters together, the classic gang had separated. In this movie they reunite to venture to Moonscar Island, which is supposedly home to a haunted house. Hoping for a real case this time round, they get more than they bargained for. Will they encounter real monsters this time? How will they confront the dark forces and uncover the suspicious secrets which envelop the island? This mystery is not like any other they've solved in the past. With were-cat and zombie encounters, surviving is not going to be easy. This is one Scooby Doo hit you cannot miss.

When an 11-year-old girl discovers a secret door which leads to a parallel utopian world, she thinks all her dreams have finally come true. She feels neglected and disappointed at home, so this world, where characters have buttons instead of eyes, feels like a delightful escape. One day her Other parents lure her to stay in this world forever, but the movie takes a dangerous turn here. What spooky secrets does this alternate reality hold? Will she remain trapped in the other world forever? How will she save her family and make it home safely? This movie will teach kids how all that glitters is not gold, and how some doors are never meant to be opened.

The Nightmare before Christmas (1993)

Can you imagine living Halloween each and every day of your life? As the king of Halloween town, Jack Skellington is sick and tired of preparing for Halloween each year, and dreams of creating something different. After wandering into the woods, he discovers Christmas town and is electrified by its buzzing energy. When he tries to bring Christmas home, confusion and befuddlement ensues. Will his citizens grasp the Christmas spirit he was so dazzled by? A well-intentioned mission ends up putting Santa Claus and good kids in jeopardy. Will Jack manage to save Christmas and achieve his dream?

Wallace and Gromit: The Curse of the Were-Rabbit (2005)

These two well-known characters are back with an intriguing movie, after their series of short animated episodes filled with one ingenious gadget after another. In this much awaited-for movie, Wallace and his dog Gromit have a great pest control business going on, especially with the annual giant vegetable contest coming up. Although their home is getting filled with captured rabbits, the village's gardens are being sabotaged by a mysterious beast at night. As they endeavour to uncover the mysterious being plaguing their village, the fate of the competition rests in their hands. Will they be able to eliminate this threat and stop the wreckage once and for all? How will Wallace and Gromit catch it and save the day?

Set in the 1800s when arranged marriages were the norm, this movie portrays a nervous groom who finds himself wandering through the woods practising his wedding vows. Accidentally reciting them to a corpse, he unheedingly gets married to a dead woman who takes her new husband to the land of the dead. Will he survive living with the deceased and with his frightening, yet beautiful corpse bride? Will he ever go back to the land of the living to marry the rightful bride? Who will marry who in this tragic romantic tale?

This tale depicts a man who was incompletely constructed by his creator, leaving him with scissors instead of hands. He lives a solitary and lonely life in a secluded castle, but is one day welcomed into a kind lady's home and integrated in society. Cutting hair and hedges with a creative touch is his speciality, but how long will he be able to continue this smooth existence? Things will take a turn for the worst, although the only thing he wants is to be loved. When he's framed for a crime, will Edward be able to prove his innocence?

When five friends decide to go for a break at an isolated cabin in the woods, they think it's going to be an opportunity to get off the grid and embark on a wild adventure. But when they start witnessing strange happenings, they realise this is more than they could have ever foreseen. What secret is the cabin hiding? Will they get to the bottom of this spine-tingling phenomenon? Will they stay together or split up in order to survive? In a remote place with no way to communicate with the outside world, will they ever manage to get out, or are they trapped in the cabin forever?

An African-American is nervously visiting his white girlfriend's parents for the first time. Their overly friendly hospitality and the odd mannerisms of the staff immediately make him question all his surroundings, and he struggles to discover what they're hiding, and the reality underlying their behaviour. What are their motives? What's the horrific truth the village is trying to hide? How can he survive? Is it too late to get out of the house now?

Father and daughter find themselves on a bullet train from Seoul to Busan while the entire South Korean nation falls victim to a zombie virus attack. Who will make it out alive despite this unstoppable threat which is transforming the whole population into flesh eaters at an alarming rate? Is the train a safe place to be on or not? Will fellow passengers prove to be more dangerous than the zombies? This apocalypse movie features the battle of survival amongst all the passengers who're fighting for their families and their own lives. Despite all their efforts to stay alive during the gruesome journey, will the final destination prove to be a safe haven as they're hoping, or not? Prepare yourself for a blood-curdling ride.

A serial killer is on the loose killing and skinning young women, and an F.B.I trainee must accept the help of an imprisoned psychopathic cannibal killer if she wants to put a halt to the string of murders. Who will be triumphant in the psychological game which comes into play? Are his insights to be trusted or are they too twisted? Is the case more important than her psychological stability? Will she be able to confront her emotions and the serial killer at the same time? If she fails to track him down, the killing spree will continue and young women will remain in danger forever.

Can you picture yourself living in absolute silence for the rest of your life? In this intense post-apocalyptic movie, a family is living in silence in an endeavour to hide from lethal creatures with ultra-sensitive hearing. But for how much longer will they manage to remain silent? How is survival possible when even the most insignificant sound can cause mayhem? To what extent will the parents go to keep their kids safe? In a world where extraterrestrial predators are hunting sound, staying silent is what will keep you alive.

Based on a true story, this movie depicts a family moving to a secluded farmhouse. After witnessing strange occurrences around the house, paranormal investigators are called in to probe around. What they discover is an evil presence haunting the house. A brutal murder had been committed there in the past and satanic spirits are haunting each member of the family. What kind of nightmare have they been thrusted in? Can they survive the terror? Are the paranormal investigators strong and skilled enough to overcome this evil menace before the family gets possessed? How will they defeat this sinister spirit?

3 teenage girls are kidnapped by a man diagnosed with 23 well-defined personalities. Why has he abducted them? What are his motives? While shifting from one personality to another, the girls must find a way to escape the locked basement, while trying to figure out which personality can help them return to their families. But will they manage to survive before a new sinister and dominant personality surfaces and suppresses all the others? Will his therapist ever unveil the mysterious darkness lurking in his mind? This movie cleverly portrays how powerful and intricate the mind can be.

It's time to get comfy on your sofa, order a take-away and prepare yourself for a sinister night filled with scary movies and creepy discoveries. These bone-chilling and hair-raising movies will curdle your blood and inspire fear in your heart. However, they can guarantee some chills and thrills for the night, and are hauntingly delightful to watch. Just beware of the Boogeyman. He might be lurking just behind your own bedroom door!

Also explore Halloween costumes you can try out this year and easy Halloween crafts for your kids.

Visit one of the local costume shops to get ready for Halloween!

Keep on discovering local with Yellow. 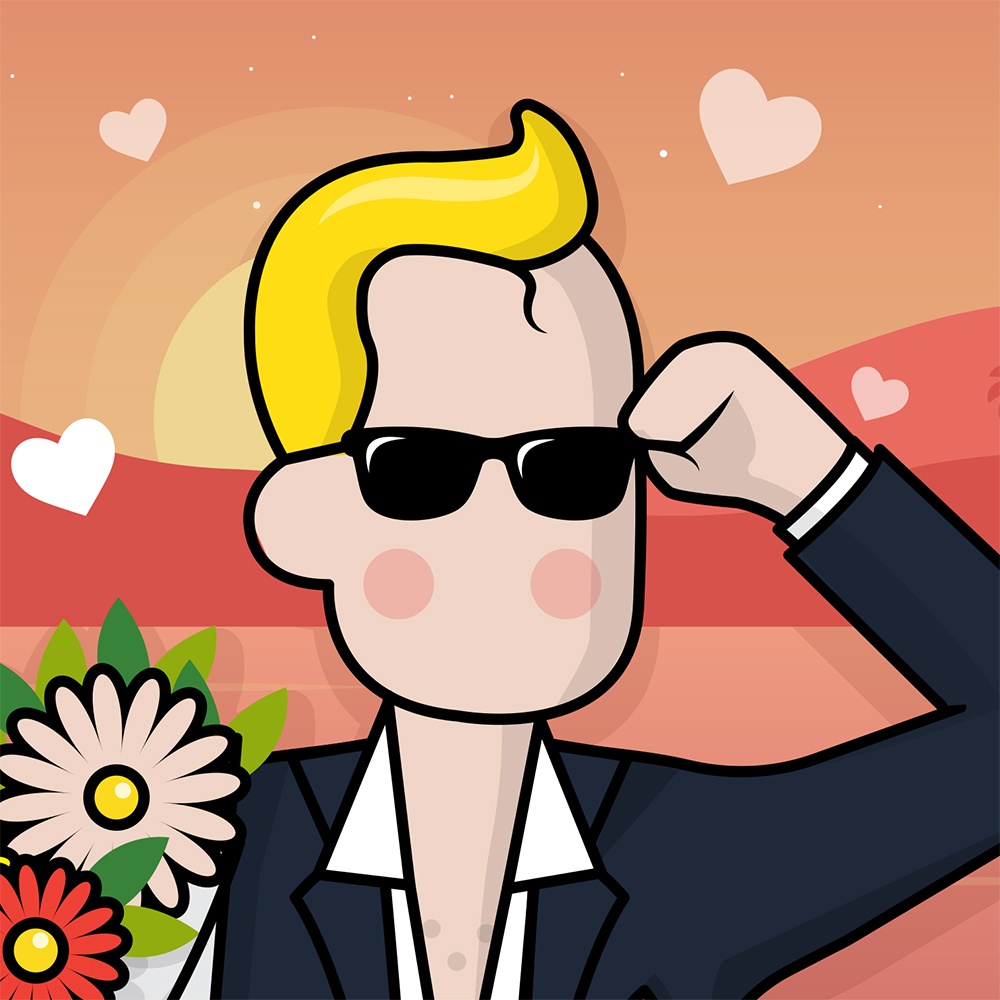 With a passion for helping others and a desire to making you more efficient, Mr Yellow has managed to arm himself with powerful capabilities making your daily searches a breeze. Putting his knowledge, creativity and wit into action, he also crafts insightful and engaging articles encouraging you to explore the Maltese Islands and experience new adventures, while offering some interesting tips on a number of topics. Ever-present, Mr Yellow always has your back.

There are 8 related businesses listed on Yellow.

Rank on Yellow: How does it work?

Google Ranking in 2020: All you need to know