Measles under the microscope: facts & figures about the infectious disease 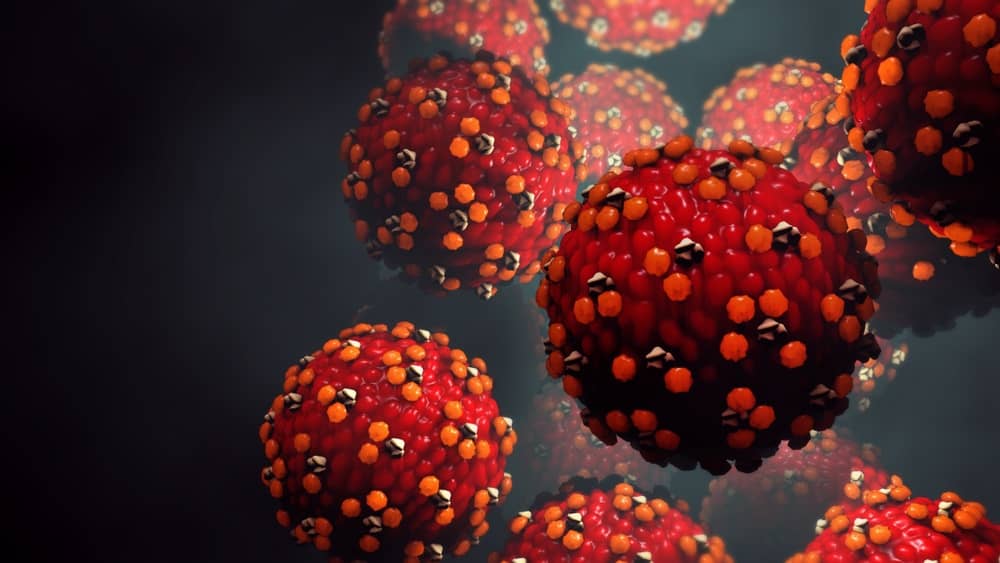 Over the past few months, we have heard reports of measles outbreaks all over the world from the Philippines to France and the United States and even in Malta, and it seems to be a growing pandemic. So much so that several American states have declared a state of emergency. There are hundreds of cases recorded and the number keeps on growing every day. 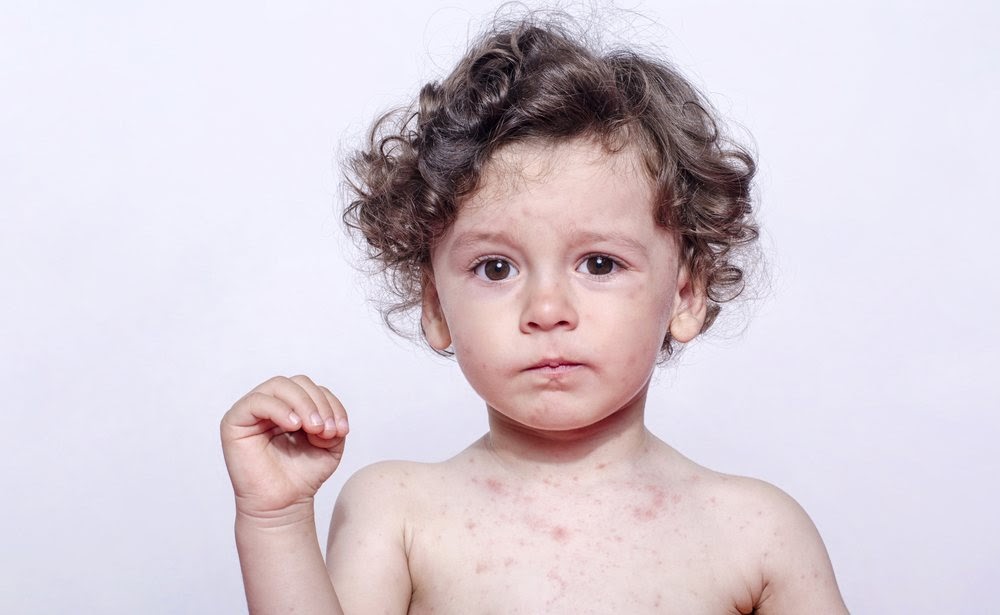 Measles is an infection caused by a virus. It is a very contagious disease that can spread through contact with infected saliva droplets, which means that it can be present in the air for several hours if someone coughs, sneezes or even talks. So imagine an infectious person sneezing in the elevator at your place of work. Anyone riding that elevator for the next two hours could be exposed to this virus.

The measles virus can even live on surfaces for several hours. If you breathe the contaminated air or touch the infected surface then rub your eyes or mouth, you can quickly get infected. Measles is so contagious that if one person has it, up to 90% of the people close to that person who are not immune to it will in all likelihood become infected.

In effect, approximately 9 out of 10 individuals who have not been immunized against measles will get infected if exposed to the virus while before the measles vaccine was introduced in 1963 major epidemics occurred every 2–3 years with this virus causing an estimated 2.6 million deaths each year.

What are the symptoms of measles?

The symptoms of measles will usually appear approximately 14 days after you have been exposed to the virus. Symptoms include:

A widespread rash is one of the tell-tale signs of measles as many of the other symptoms can indicate a severe case of the common cold. Generally, the first symptom to appear will be a high fever, as well as red eyes and a runny nose. Then the rash, which usually consists of red, itchy bumps will start erupting. The outbreak will approximately occur around 14 days after exposure to the virus (within a range of 7 to 18 days and it is usually first noticed on the face and upper neck). The rash tends to spread over about 3 days, eventually reaching the hands and feet. The rash lasts for 5 to 6 days, after which it starts fading.

Infected people are considered contagious from about five days before the onset of the rash to four days afterwards, while a sick individual is considered to be most contagious when their cough is at its worst.

Who is most at risk of getting measles? 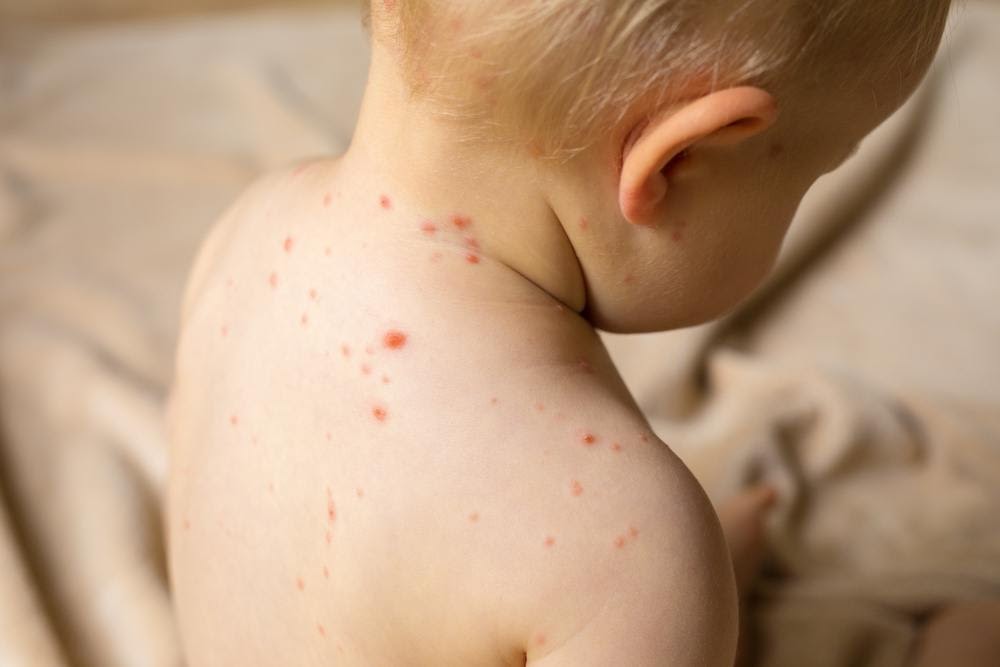 Measles primarily occurs in unvaccinated children but is not exclusive to them. The following are segments of the population considered at most risk of developing the disease:

How is measles diagnosed? 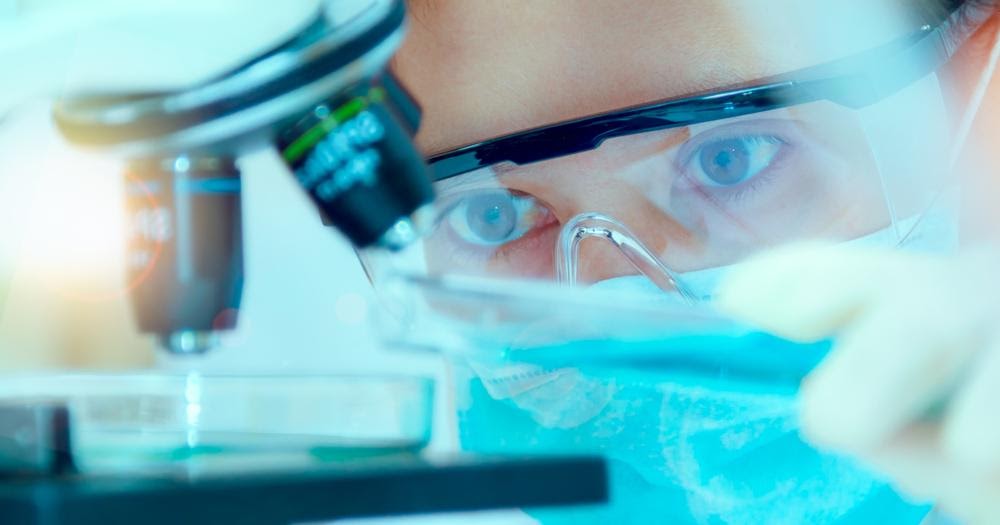 If you're suspecting that you might have measles, you will need to see a doctor to properly diagnose you. The medical professional will typically examine your skin rash closely and check if you have any other symptoms that are characteristic of the disease, such as white spots in the mouth, fever, runny nose, muscle pains and sore throat.

If your doctor is unable to confirm a diagnosis based on observation, then blood tests can be ordered. Your doctor will guide you as to the proper management needed depending on the severity of your symptoms.

What is the treatment for measles?

There is no prescription medication to treat the infectious disease. The virus and symptoms will typically disappear within two to three weeks. However, your doctor may recommend:

Are there any complications associated with measles?

Truth be told, measles can lead to several life-threatening complications, such as pneumonia and inflammation of the brain (encephalitis) amongst other more minor complications which may include:

Can you die if you get the measles? 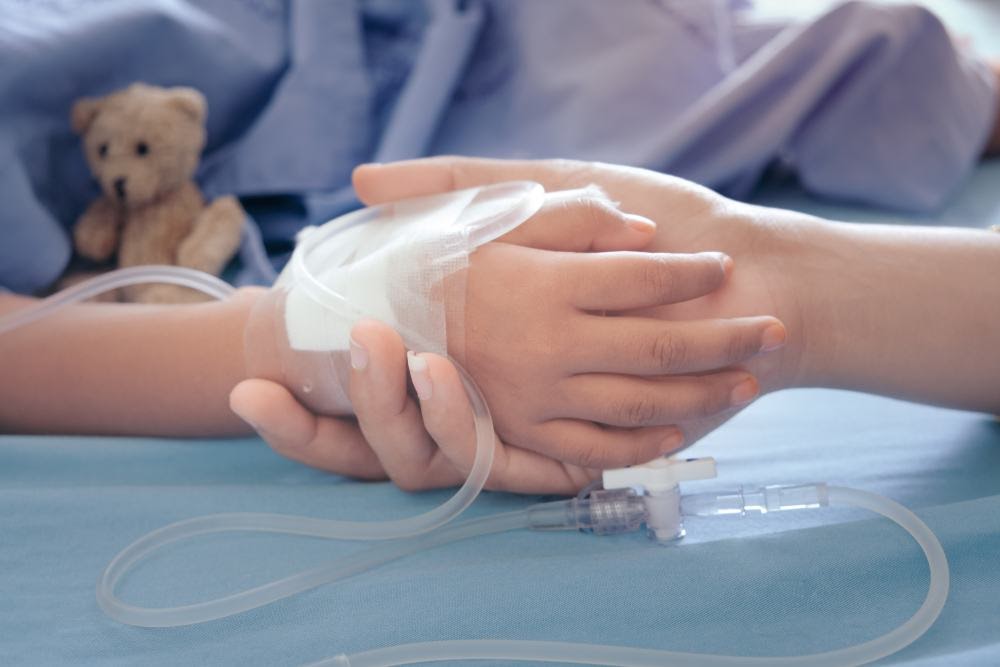 The death rate in healthy children and adults is relatively low and the majority of people who do get infected make a full recovery. The risk of complications is higher in children and adults with a weak immune system as discussed above. However, measles can still cause a large number of deaths in children under the age of 5. In fact, the WHO reported that in 2017, there were 110, 000 measles deaths globally mostly among children under the age of five.

Every death due to a vaccine-preventable disease is a death too many and unfortunately, these numbers are on the rise in 2018 and 2019 as we are seeing many more cases.

How can measles be prevented? 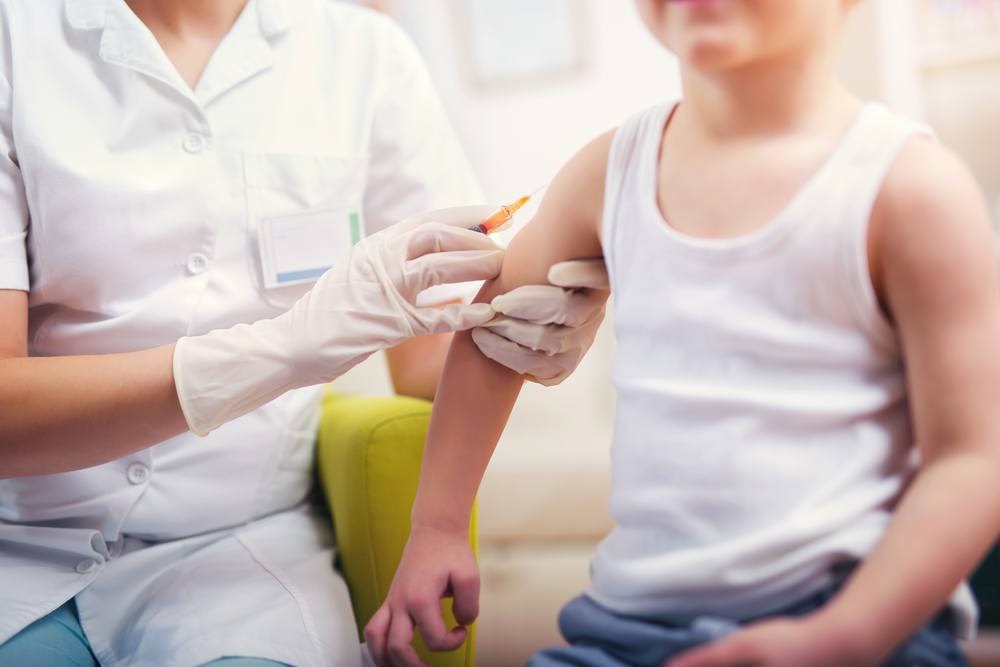 The best way to completely prevent measles is by getting vaccinated. The MMR vaccine is a three-in-one vaccination that can protect you and your children from measles, mumps and rubella (German measles).

There is another vaccine also available, the four in one, which includes the chicken pox as well.

Children can receive their first MMR vaccination at 12 months or sooner if travelling internationally but this should be discussed with your child's paediatrician. The second dose is generally given between the ages of 3 and 4 and can be given up to 6 years of age. Adults who have never received an immunization can request the vaccine from their doctor and if you're considering getting pregnant but you're unvaccinated, it is highly recommended that you do get the vaccine beforehand.

If you or a family member contracts the measles virus, limit interaction with others. This includes staying home from school or work and avoiding social activities.

Proper hygiene is always recommended by doing the following:

Why are we seeing new cases now even though the vaccine is available? 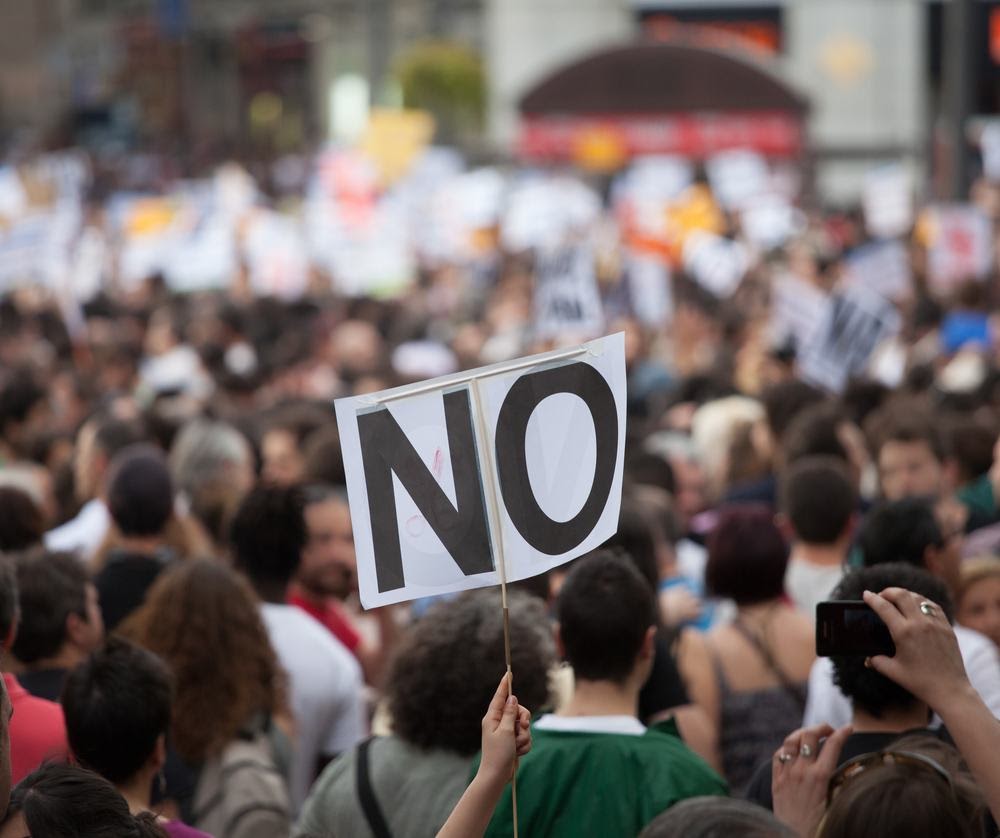 In recent years, many people have lost their trust in the pharmaceutical and medical industry. This phenomenon is linked to the increasing influence of social media and celebrities over and above that of medical professionals. First of all, we are seeing people taking to Facebook groups, bloggers and Google itself for their medical questions, instead of consulting and discussing the issue with a qualified health care professional.

I am sure you have all come across anti-vaccination headlines on Facebook—like "HPV vaccine leaves another 17-year-old-girl paralyzed"— and "Mom researches vaccines, discovers vaccination horrors, goes vaccine-free", to name a few. These are all fake news articles available on the internet and it is important that you learn to distinguish between reputable sights and fake sights when it comes to issues like these. If you come across something along these lines, avoid sharing it on your social media and show it instead to a healthcare professional you trust who will be able to guide you and give you proper medical information.

In the past month alone I have come across several such posts on social media. I am sure that out of curiosity you would have thought of opening these articles and reading them. What's the harm, right? As a community pharmacist for the past decade and with a masters thesis in pharmacoepidemiology I have seen the damage that fraudulent science and unfounded claims can cause. I have spoken to highly educated mothers who were terrified of vaccinating their children following myths they would have read on the internet and to mothers of children with Leukemia who were putting them at further danger simply because they come in contact with individuals who have not been vaccinated for several conditions. For these children, even Influenza can be a huge threat and by vaccinating your healthy child you are not only protecting them from harm, but you are protecting other children as well. 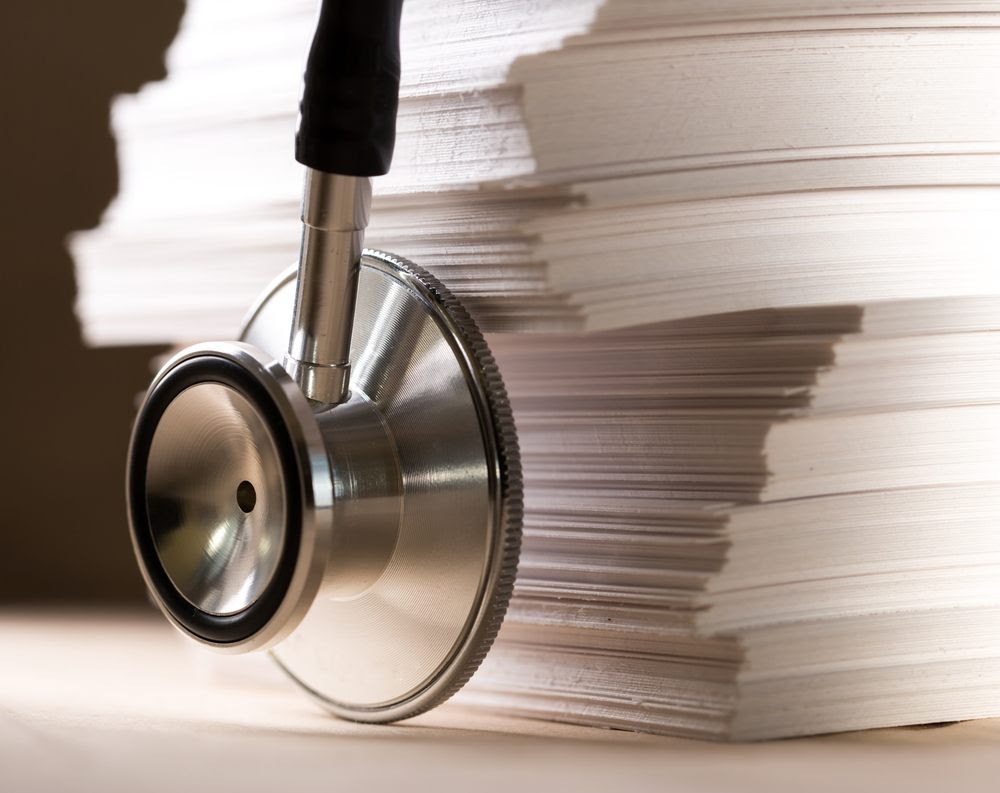 The vaccine-autism myth is one overwhelming example of fraudulent science. February 28, 2018, marks the 20th anniversary of an article published in the medical journal, The Lancet, in which Andrew Wakefield, a former British doctor, falsely linked the MMR (measles, mumps and rubella) vaccine to autism. He did this for his gain with complete disregard to what this fake information would eventually cause. This study was ultimately retracted by the journal, and public apologies issued after millions of euros and thousands of cases were studied. Irrefutable proof was presented that Wakefield falsified the results and had also huge conflicts of interest with this study that would lead to monetary gains for him. Andrew Wakefield lost his medical licence for his deceit. Yet, 20 years later we are still dealing with the aftermath of this fraudulent article.

To prevent measles from spreading, we need to ensure that a minimum of 92 to 95 percent of the population gets immunized. So, we all have a joint responsibility at making sure that we get the right information out there. Do not share fake news on your social media profiles or public groups as this can cause confusion. Keep in mind that vaccines not only protect us from the virus but they protect others, especially infants and immunosuppressed people who cannot get the vaccine.

Does this mean that there are no side effects to the vaccine? 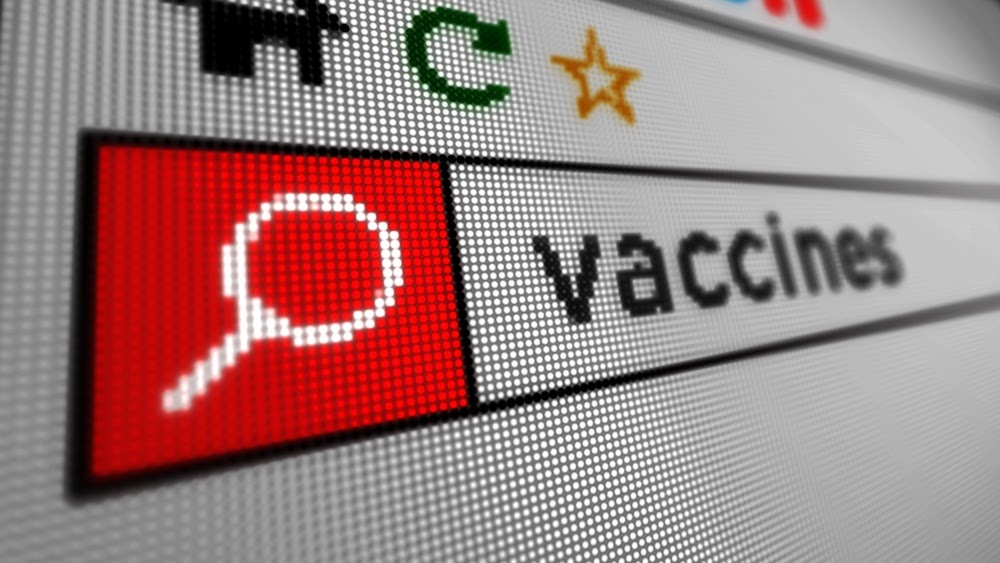 The MMR vaccine is very safe and it has been given safely to millions of children over the past forty years. It is highly likely that you have been vaccinated yourself when you were younger. The majority of side effects following vaccination are mild and short-lived and consist of the following:

Common side effects of the MMR vaccine

Fever and a mild rash as well some minor inflammation at the site of injection which usually goes down within 5 - 8 days are relatively common side effects. However, if you or your child are experiencing side effects that are concerning you, speak to your doctor.

Rare side effects of the MMR vaccine

In rare cases, a child may get a small, bruise-like spot and joint stiffness about two weeks after having the vaccine. There's a minimal chance of having a seizure (fit) around 6 to 11 days after getting vaccinated. I know that this may sound scary, however, this is rare and will happen in only about 1 in every 1,000 doses. MMR-related seizures are actually much less frequent than seizures that occur as a direct result of getting the measles infection.

In extremely rare cases, a child can have a severe allergic reaction (known medically as anaphylaxis) immediately after having the MMR vaccine. I understand that this may sound alarming, but this is why vaccines are administered by paediatricians who are trained in treating children quickly and effectively. Anaphylaxis can happen even with certain foods like nuts and shellfish if the child is predisposed to having such allergic reactions and that sort of allergic reaction can be more dangerous as it will typically not happen in a doctor's office. 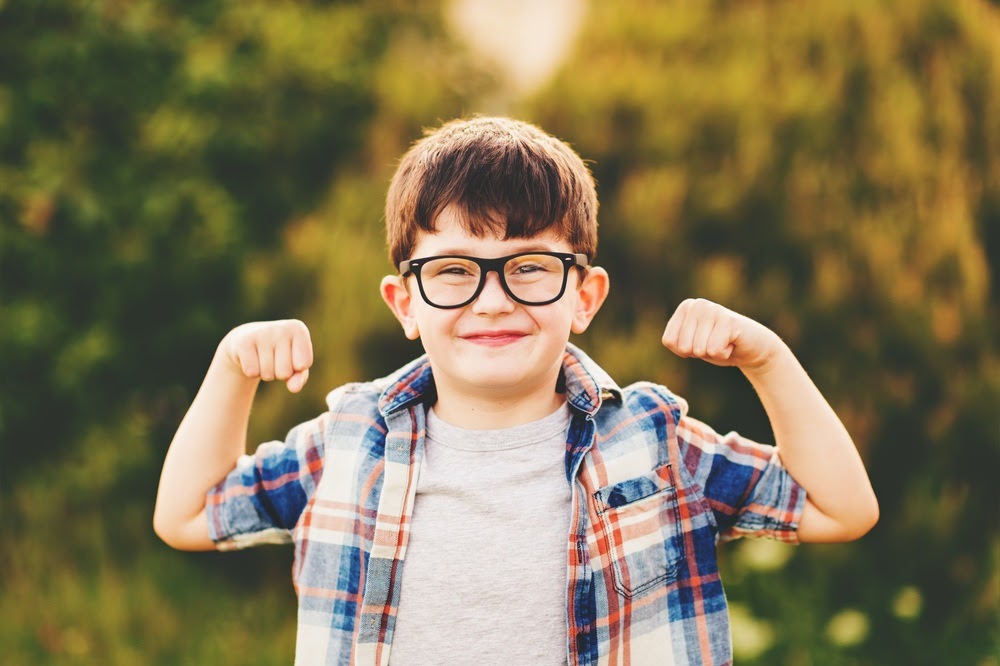 The world is currently experiencing one of the worst measles outbreaks in recent history. In order for the highly contagious virus to be contained, more people must get vaccinated and limit exposure to the disease. If you will be travelling with a young unvaccinated child, please make sure you have a discussion with your doctor who will advise on what to do. Have a look at these paediatricians and general practitioners found in Malta & Gozo.

Keep on discovering local with Yellow!

Marisabelle, also known as Belle is a pharmacist by profession with a passion for healthcare, photography, writing and travelling. Belle completely changed her life over the past two years as she was no longer happy with a high paced stressful life so she changed her lifestyle; lost 43kg; started a blog called Roadtobelle and decided to pursue her passion of helping people with their health through her blog and working as freelance pharmacist.

There are 7 related businesses listed on Yellow.

The Perfect Valentine's Day Gifts For Him & Her