Marvellous Mosta: The Extraordinary History Of One Of Malta's Oldest Towns

Vibrant, captivating and delightfully beautiful, Mosta is one of Malta's most popular spots. This remarkably expansive city has been inhabited since prehistory — in fact, the settlements uncovered in Mosta are among the oldest ever discovered in Malta.

Several dolmens, temples, cart ruts and tombs were uncovered in Mosta over the years, showing us that this historically-prosperous city held a certain degree of social importance throughout history. There are presently two upright dolmens in Mosta — the first two discovered in Malta. They date back to the Bronze Age and can be found in the Santa Margherita area, encircled by a protective rubble wall. 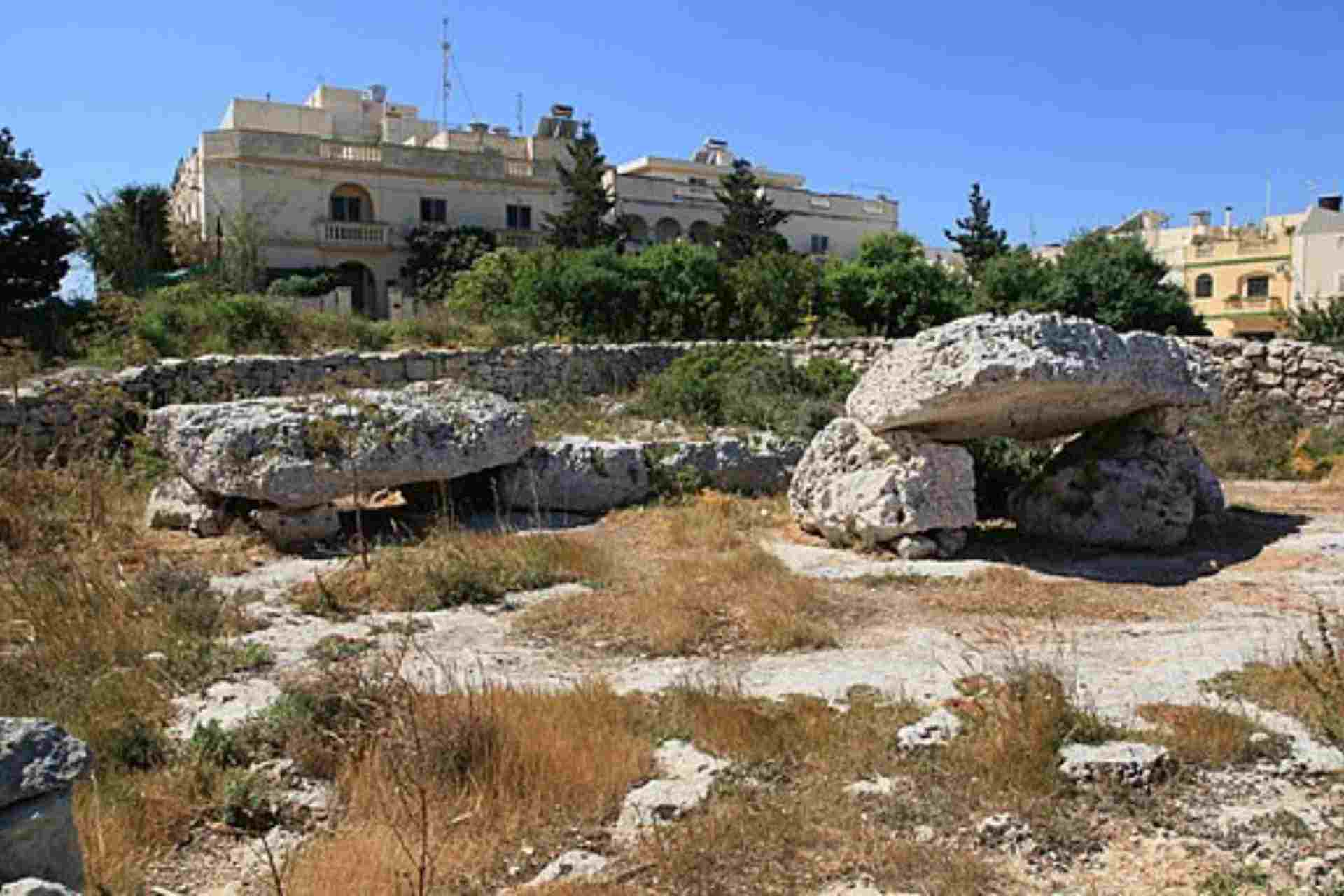 Mosta was presumably chosen as it overlooked the now long-gone active Burmarrad seaport, where a substantial number of Punico-Roman anchors and remains were discovered. Back in the day, Wied il-Ghasel, one of the most captivating wadis in Malta, was a prominent and elaborate passageway or system of sorts that connected Mosta to the Burmarrad port, making it an obvious choice for dwellers to settle in.

In the 8th century BC, when the Phoenicians took over the islands and Mdina (Maleth) was appointed as Malta's capital city, Mosta was the most obvious mid-way link between the capital city and the Burmarrad harbour; explaining the historically important artefacts found in and around Mosta.

Other significant historical sites in the area include the 4th century BC Bistra Catacombs, Fort Mosta Catacombs — complete with an agape table, and the Wied il-Ghasel catacombs.

The Dawn of Mosta

Mosta remained an important location even when the Phoenicians succumbed to the Romans, and when the Arabs conquered Malta a few centuries later. Christened as Musta by the new conquerors, a word originating from Mwassta, meaning mid-way or central — from Medina to the Burmarrad harbour.

By the 10th century AD, shorelines were repositioned, gaps were filled and garigues were birthed, and with those cataclysmic changes came newly-emerged stretches of marshland which filled in the gaps between Mosta and Burmarrad.

Eventually, Mosta, with the remainder of the Maltese islands, was once again Christianised with the arrival of the Normans (1091), who started the re-Christianisation process in 1127. Churches and chapels began popping up in the area, and by the Medieval period, the small village of Mosta served as home to a small farming community.

Hope Strengthens Who The Land Tills

This is the motto of Mosta, particularly fitting when taking into consideration the agriculturalists who toiled the abundant land in the area. It is worth noting that Mosta formed part of the Mdina municipality during the Medieval period, and was administered by the Capitano Della Verga, along with adjacent towns and hamlets Rahal Calleja, Hal Hobla, Rahal Pessa, Hal Brabar, Rahal Dimech and Rahal Kircipulli — all of which by the 16th century became part of Mosta.

When Mgr. Pietro Dusina, Malta's first Inquisitor visited the town of Naxxar in the 16th century, he ended his expedition by calling at churches and chapels in adjacent villages, including Mosta. This was when Mosta was re-assigned under the municipality of the newly-founded town of Naxxar.

The town's population inflated gradually, but in a time when the island was besieged by corsairs and pirates, a devastating blow hit Mosta too. A notorious pirate by the name of Sinan Reis plundered and kidnapped 400 of its inhabitants, who perished in slavery on foreign lands.

A building of importance throughout this time was the Cumbo Tower. This two-storey rectangular stronghold is renowned for its interesting history, along with the Roman-era Christian family tomb found within the tower's grounds. 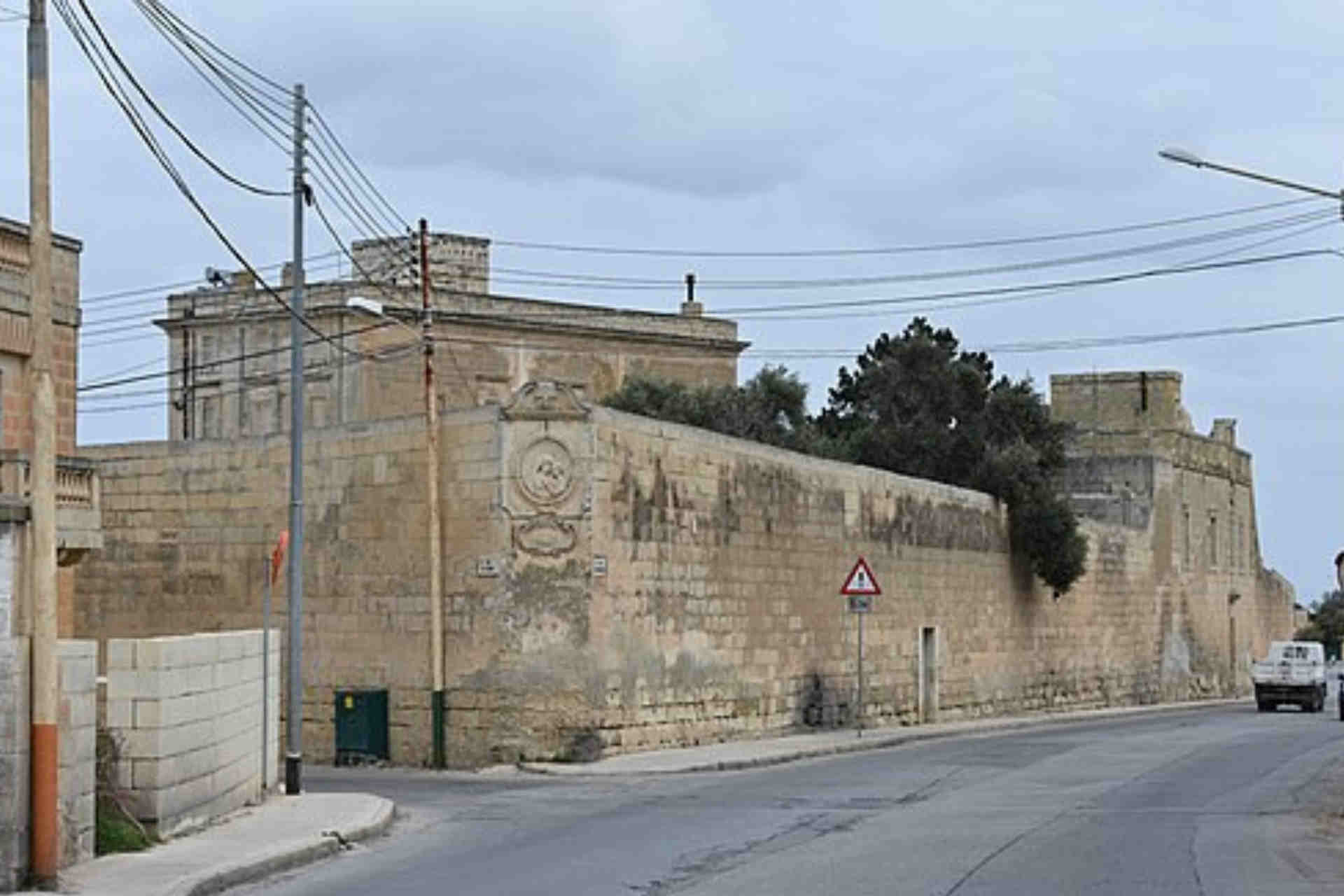 Cumbo Tower was owned by a prominent criminal lawyer, Julius Cumbo, who was also the state jurat at the University of Mdina. On the building's facade, one can see a niche, dedicated to Archangel Michael, perched above the entrance to the extensive tower's grounds.

The tower served as an officers' mess hall during WWII, however, it nowadays hosts a reservoir which acquires water from Chadwick Lakes.

Cumbo Tower is recognised not only for its distinct characteristics and diverse uses over the years but also for one of Malta's most well-known legends, L-Gharusa tal-Mosta.

The affluent Cumbo family, like many others at the time, had a Turkish servant, who became infatuated with Cumbo's daughter Marianna — who was betrothed to Toni Manduca. The servant is said to have fled back to Turkey, forming a devious scheme to abduct Marianna. When Marianna and Toni's wedding day came, a pirate ship bearing the resentful servant and a team of Turkish marauders landed in Malta, storming the Cumbo Tower and kidnapping Marianna, taking her on the ship as a slave. 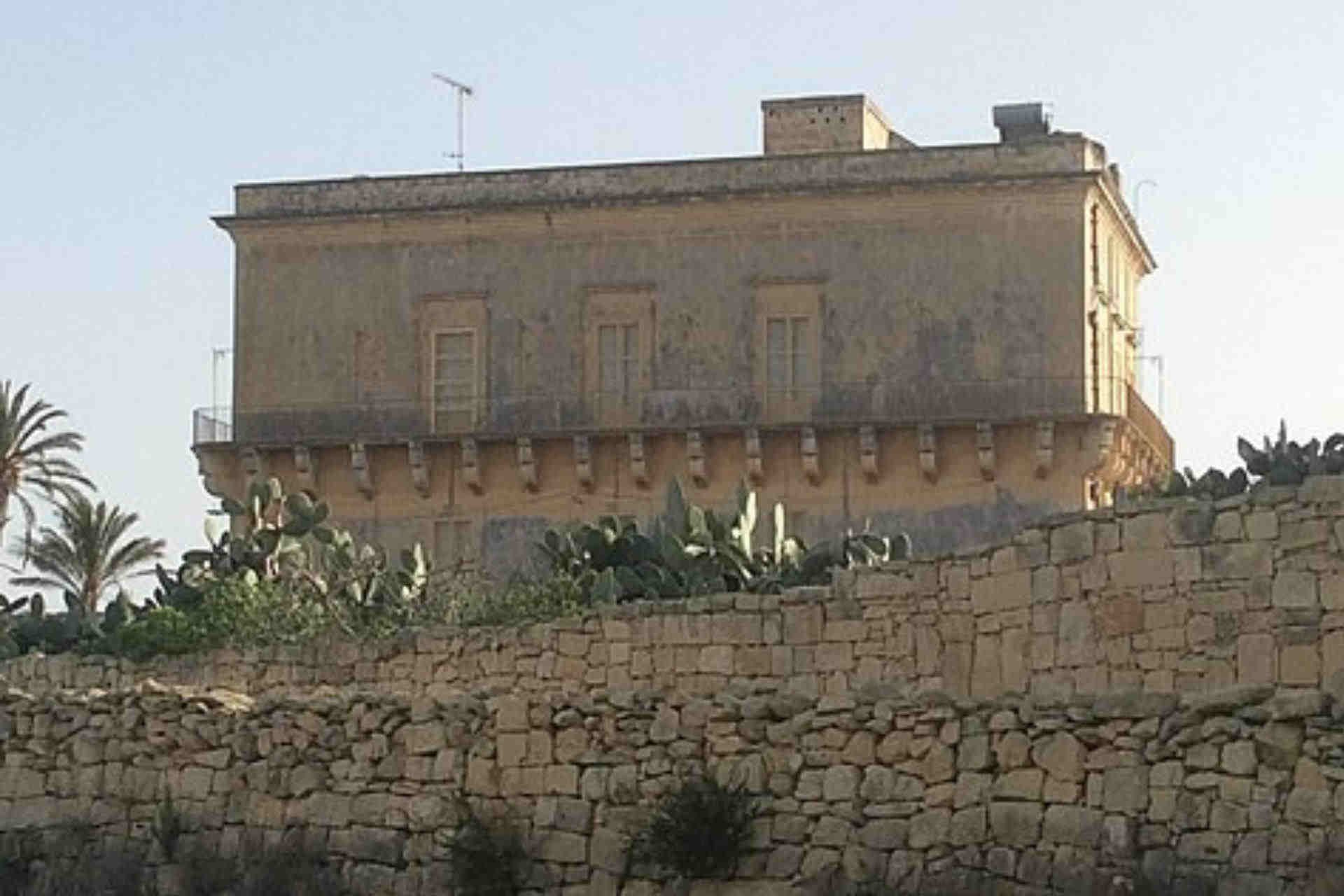 On their way to Turkey, the corsairs were besieged by Toni and his band who were on their way to save Marianna. The kidnapped bride was, of course, rescued by her valiant lover and returned to Mosta, where the wedding finally took place. Other interpretations of the myth claim that Marianna was forced to join the Pasha's harem, while other versions note that Toni was slain during the rescue mission, leaving Marianna behind in a life of torment and defeat.

On the 16th of September 1608, following an ecclesiastical visit by Bishop Gargallo, Mosta became a parish, dividing it from Naxxar after over 172 years. A manuscript written by Gargallo declared that the parish priest of Naxxar was unable to cope with administering the sacraments to the now almost 900 inhabitants of the village. Another factor of this separation was the long stretch between the two villages.

The Sanctuary Basilica of the Assumption of Our Lady 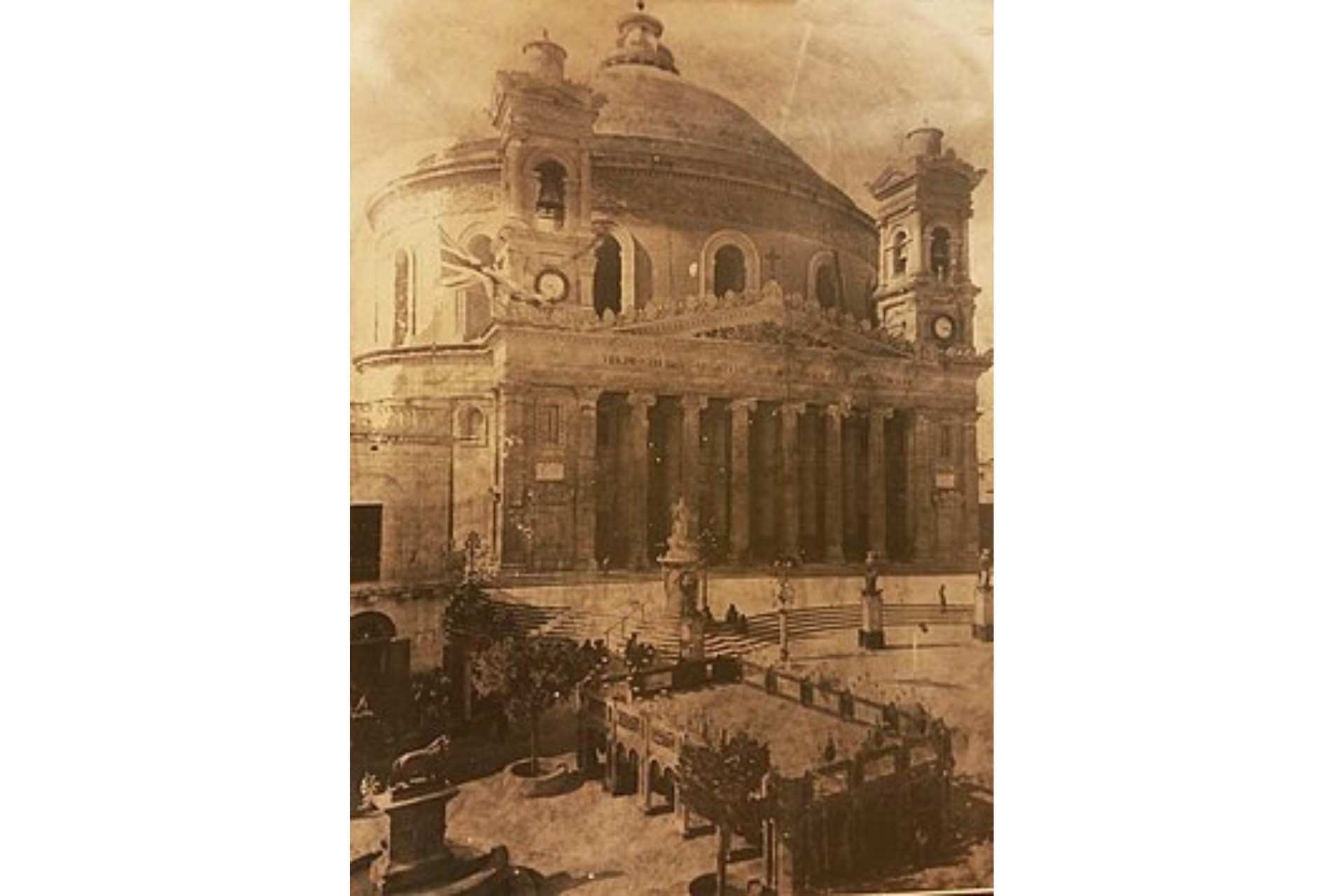 In 1614, architect Tommaso Dingli designed the new church, which by the 1800s became too small to house the ever-growing population of Mosta. This gave birth to the construction of a new, grandiose and admiringly famous temple — The Church of The Assumption designed by George Grognet de Vasse, who chose the Roman Parthenon as a model for his inspiration.

Nowadays known as the third-largest unsupported dome in the world and Malta's largest church, the Sanctuary Basilica of the Assumption of Our Lady was built by the habitants of Mosta under the direction of Master Anglu Gatt from Zejtun. It is said that no more than 1,500 individuals contributed to the construction of this extraordinary church, which was completed in 1871 — 27 years after plans for this majestic church were first laid out.

As a town with its fair share of bewitching anecdotes, the Mosta Dome was of course, unspared of having its own eye-widening tale. The church was miraculously preserved when in 1942, at the height of the Second World War, a Luftwaffe plane dropped three bombs on the town. Two of the bombs deflected without exploding, however, the third, a 500kg bomb, pierced right through the dome. This all transpired while a congregation of over 300 people were attending mass. Whether by divine intervention or sheer luck, the bomb did not go off, and while it was removed, an identical one is nowadays exhibited within the sacristy for all to see.

The Mosta church was exalted to the status of a Minor Basilica on the 29th of July 2018. 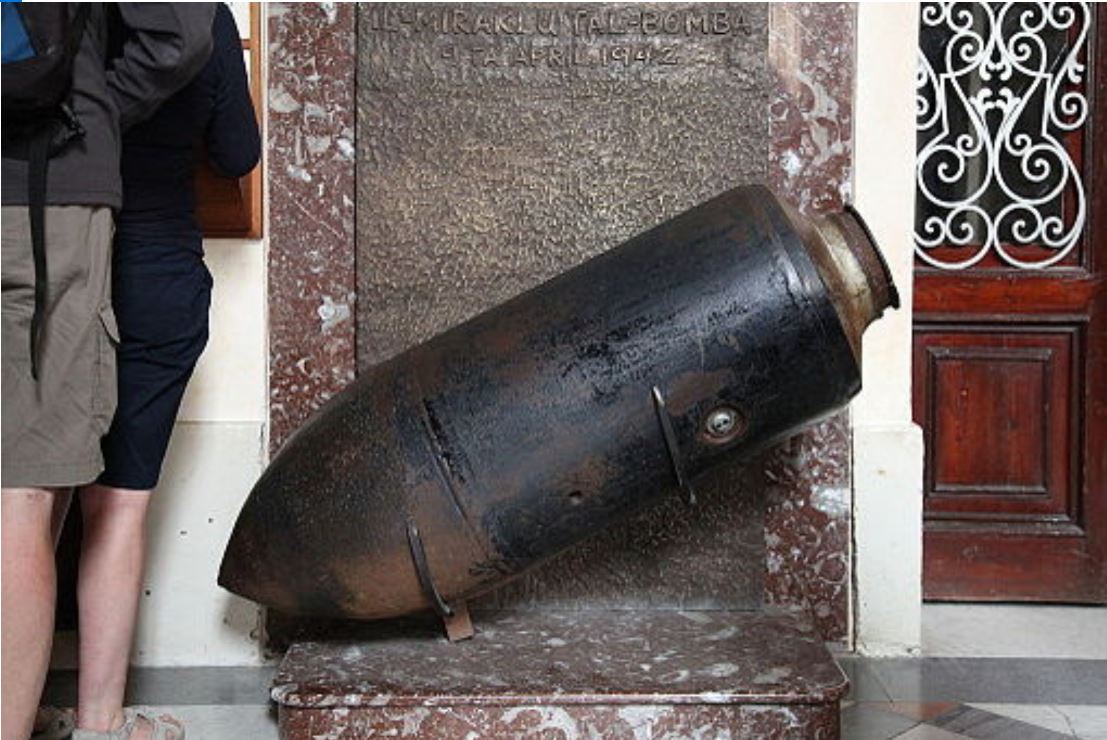 An unquestionably unique piece of history, Ta' Kaspru is a fortified dwelling that is thought to have been built around 1621 — this date is featured on one of the entrances of this marvellously striking building. This simplistic yet ornate structure offered shelter to the people of Mosta from buccaneer and corsair aggressions. What makes this building remarkable is the powerful architectural fashions and elements with which it was constructed. Alterations and newly-built rooms were added over the years, creating a fantastic fortified farmhouse, palazzo and chapel which has offered safety to our forefathers on innumerable occasions.

A true jewel to behold, this historical farmhouse is nowadays run by the philanthropic society Talent Mosti and the bordering school's council — both of which have conducted incalculably beneficial work for the preservation and awareness of Maltese arts and culture. 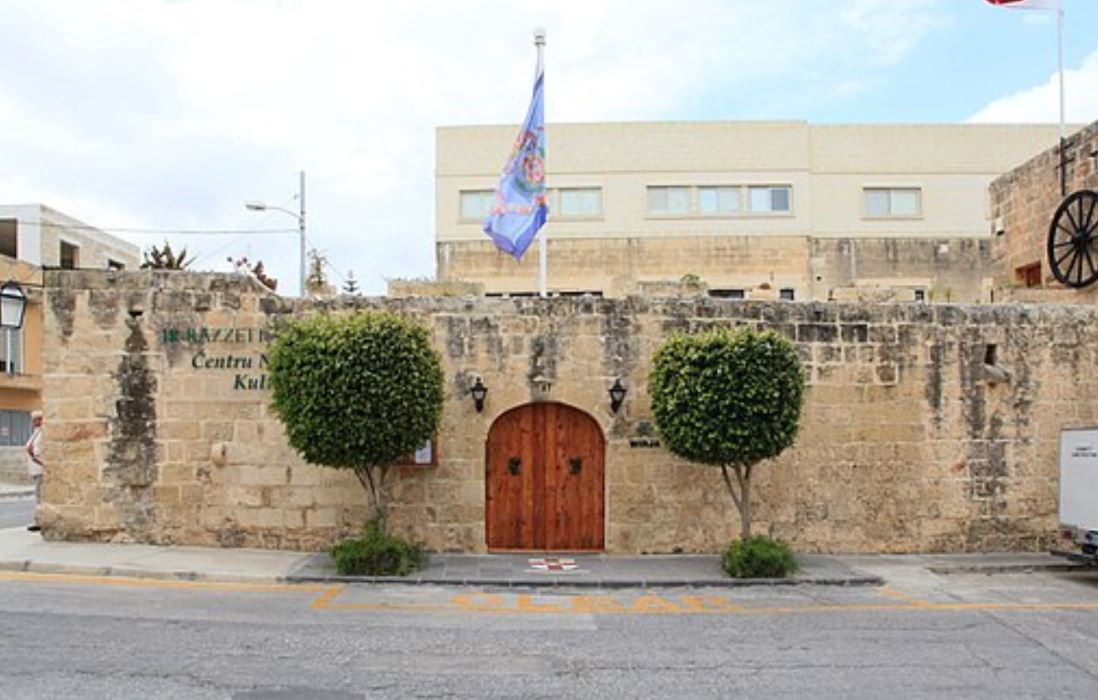 The beautiful 17th century building was commissioned by the Mallia Tabone family and is one of the few untouched and unchanged traditional farmhouses in Malta. This beauty is nowadays used to house an eclectic range of admiringly impressive and culturally significant exhibitions that hone and cherish Maltese talent, artisan crafts, folklore, arts and traditions. Also found within this immensely important structure is a small museum which focuses on Maltese agrarian tools. 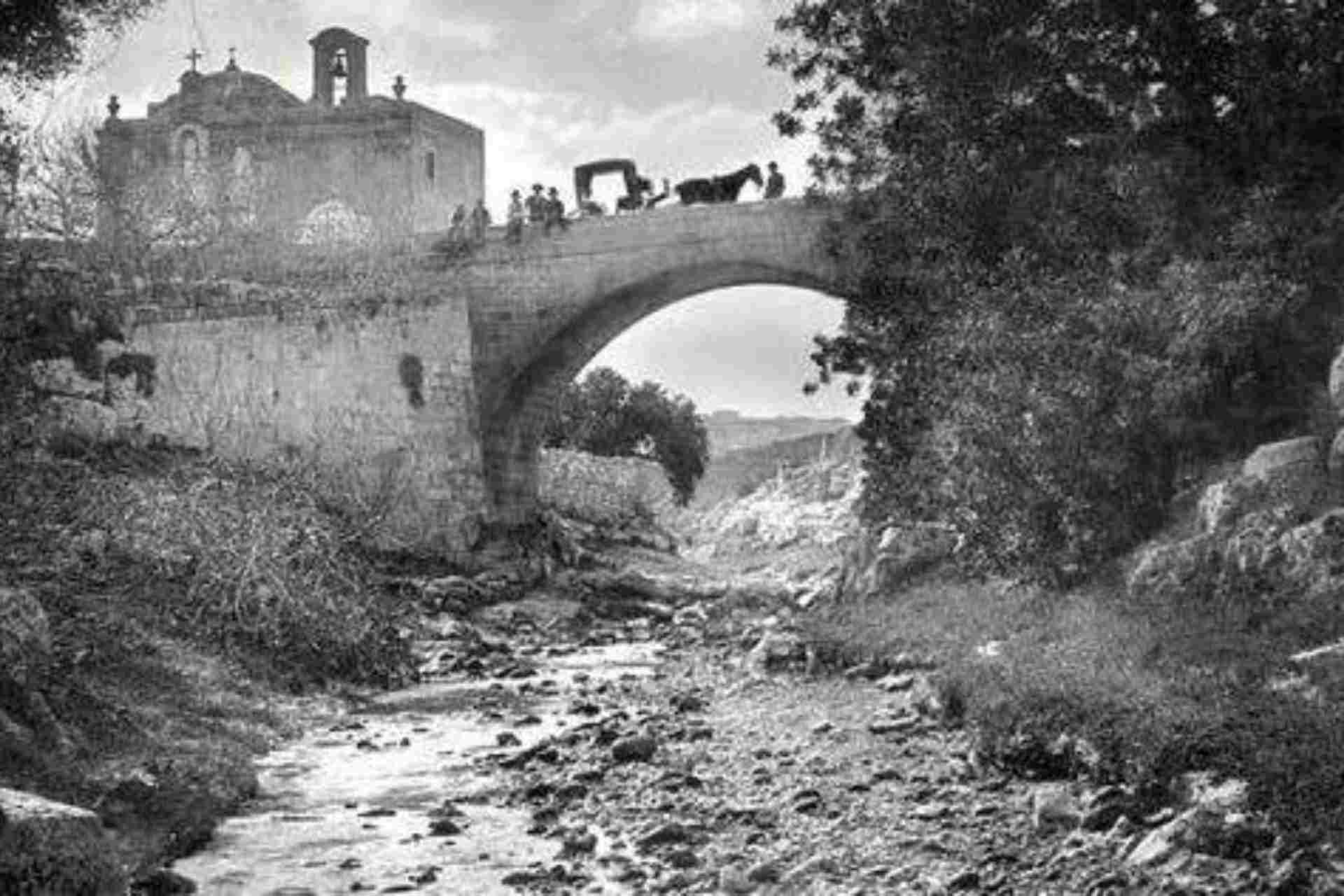 One of the loveliest chapels in Mosta, this splendid 18th-century beauty is bound to a well-known local myth. It is said that two young sisters from Mosta were out rearing sheep when a fleet of Ottoman vessels anchored in Malta for a clandestine ambush attack. While the eldest sibling managed to flee, the youngest one couldn't flee as fast due to a limp, meaning that she had to find a hiding place — and quickly. The girl slipped into a cavern and prayed with all her heart to Our Lady for preservation. While the girl was terrified and desperately begging for support, a gigantic spider weaved a thick, dense web at the cave's opening, making it impossible for the invaders to locate the girl. It is said that this spot is exactly where the Speranza Chapel was built. Other remarkable chapels in Mosta include St Sylvester, Santa Margherita, St Paul's Shipwreck and Santa Marija taz-Zejfi.

The Legend Of St Paul The Hermit

Deep within the stunning wadi of Mosta, one can find a humble chapel situated in a large cave of sorts. Legend has it that a righteous hermit resided within this cavern. The hermit regularly visited the village and lectured the villagers, urging them to change their lascivious way of life. Brassed off by his preaching, the villagers one day pursued the hermit to the shore with the intent of stoning him to death. When cornered, the hermit laid his mantle over the sea and rode it into the horizon. Flabbergasted, the villagers learned that he was undoubtedly a saintly man, so they constructed a church within the grotto where he previously lived. 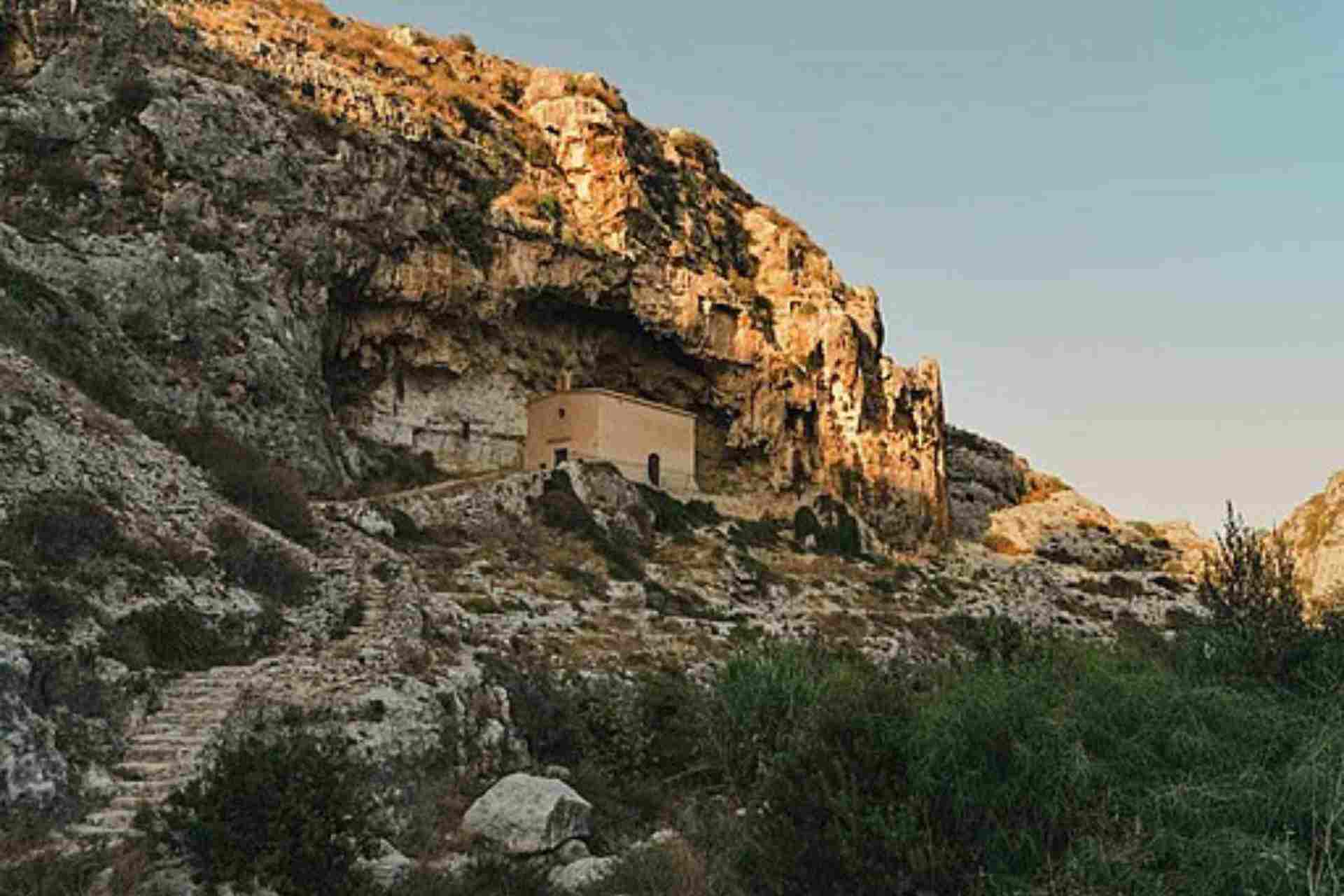 Mosta kept enjoying its popularity throughout the ages — even when the Maltese islands were claimed by the British. The Victoria Lines are the most famous fortifications found from that era. 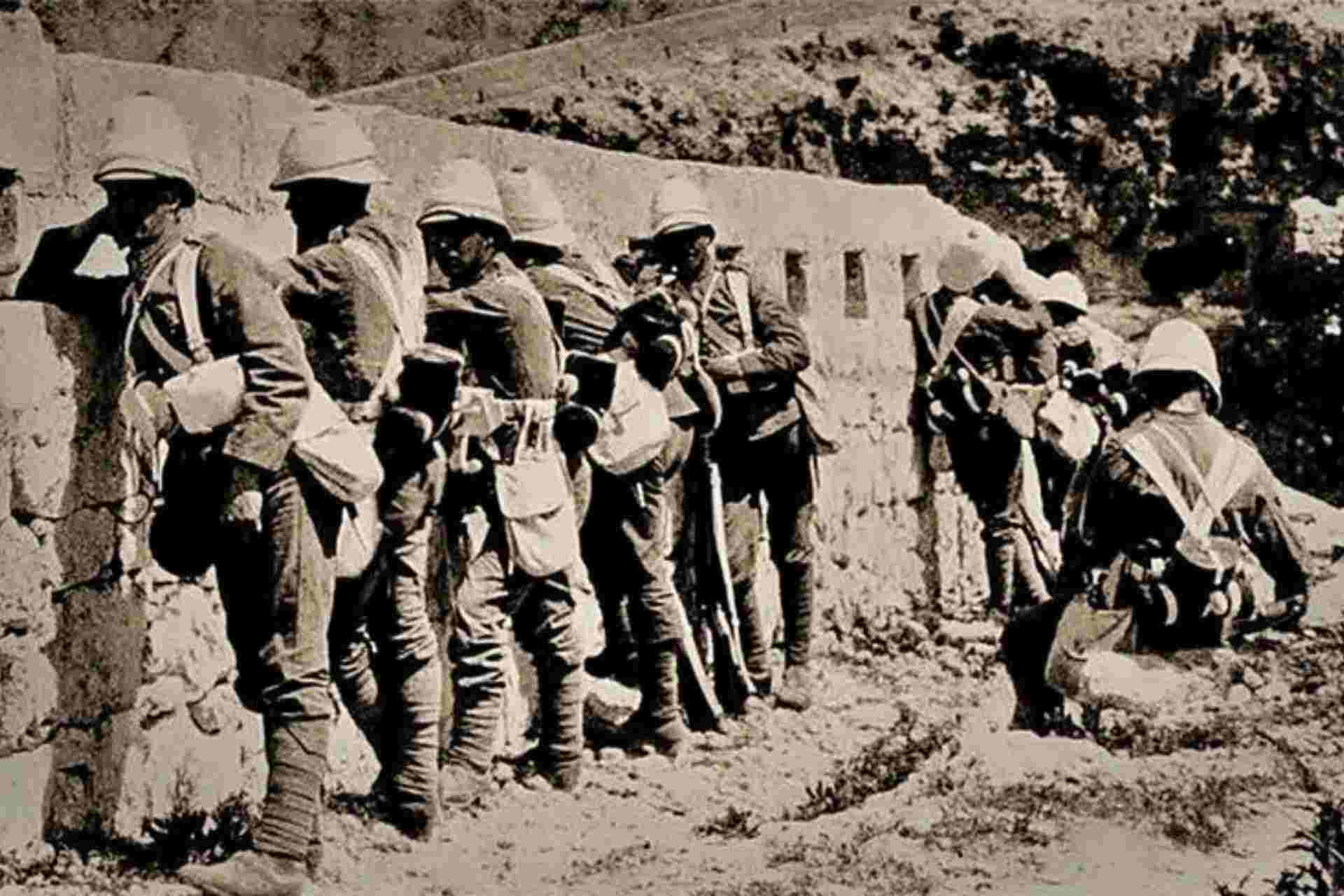 These defence lines span across Malta, from east to west, for a length of 12km and were built towards the end of the 19th century. Designed to safeguard the southern regions of Malta from invading forces, these lines include multiple forts, infantry lines, batteries and other means of defence. Fort Mosta, a central hub within the Victoria Lines, is one of Mosta's more well-known landmarks from the era.

This impressive architectural feat is an unforgettable sight to behold, specifically due to its shape. This fort is still utilised for military purposes and holds within it the Roman catacombs mentioned prior in this article. 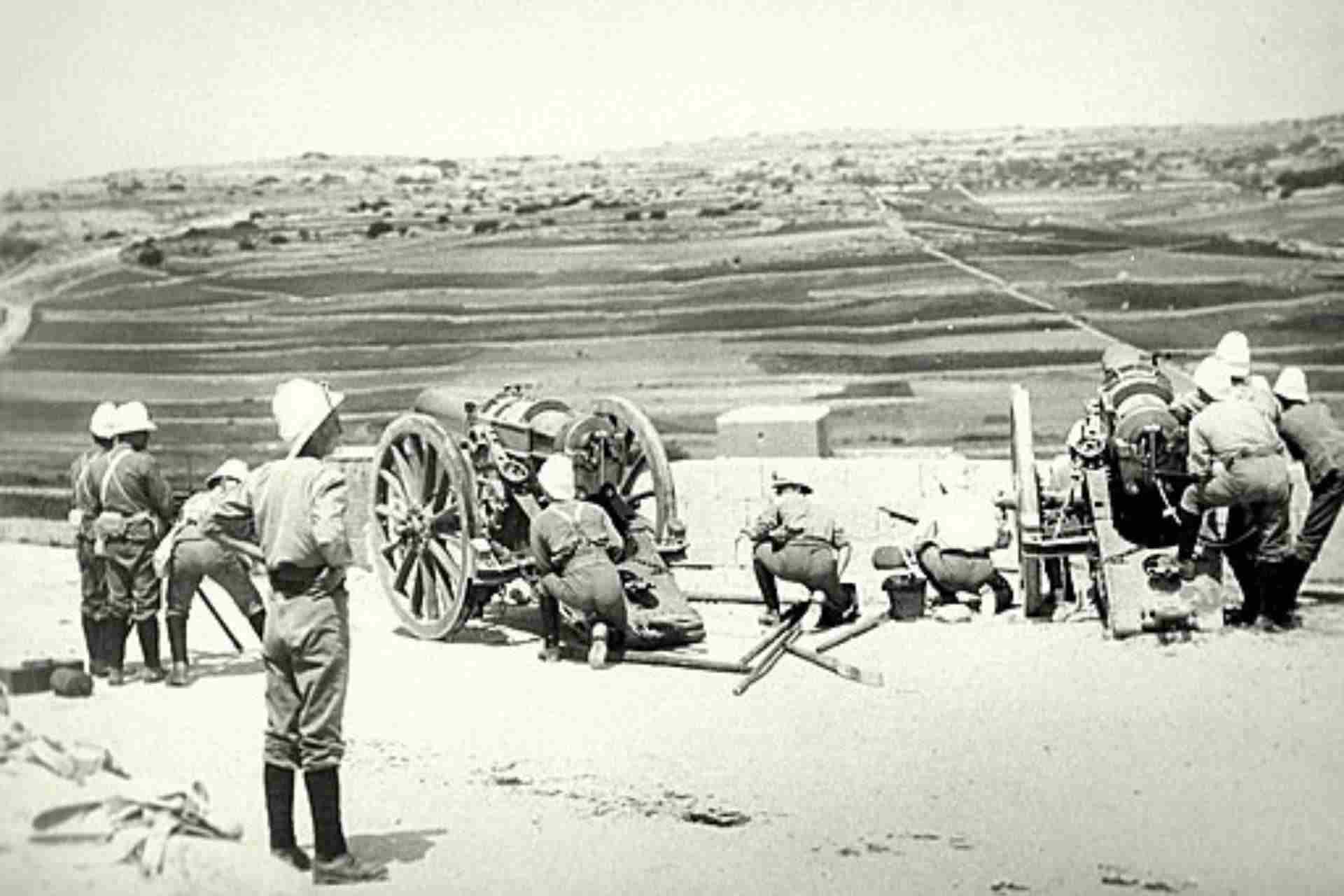 Parts of the Victoria Lines are also situated close to L-Gharusa tal-Mosta Garden, along with a nuclear shelter built during the Cold War.

Nowadays renowned as a popular shopping spot and a great stop for those looking to get delicious coffee, a quick tour around this historically-rich village is a surefire way to fall in love with Mosta's beauty and rich history.