Victory Day, known locally as Jum il-Vitorja or Il-Bambina, is commemorated on the 8th of September. This holiday marks the birth of the Virgin Mary and is observed in Naxxar, Mellieha, Senglea and Xaghra, Gozo. On this day, we do not solely celebrate our religious identity, but also our forefathers' boldness and valour throughout the ages.

Malta's strategic position within the Mediterranean Sea has long made the country a much sought-after and highly stoushed-for place. Our country's history is wreathed with sieges, battles and acts of bodacious bravery, which is why Jum il-Vitorja is an important day on our calendar.

This feast honours The Great Siege of Malta, the French Blockade (Siege of Valletta) and the Siege of Malta — when the Italian forces withdrew from the Second World War.

In this article, we will explore all three of these sieges, along with commemorative events that take place on this day.

The Great Siege of Malta

One of the most noteworthy sieges that Malta emerged from triumphant was the Ottoman Siege of 1565. At the time, the island was ruled by the Knights of Saint John, and while it was no stranger to Muslim-Christian conflicts, the Great Siege of Malta is regarded as one of the bloodiest and goriest battles the island has experienced.

Suleiman the Magnificent besieged Malta in May of that year, with an army of 40,000 men, including soldiers, mercenaries, infantry units, adventurers, religious servants, volunteers and corsairs — a number which vastly outranked the 6,000 servants, oarsmen, soldiers, galley slaves, mercenaries and Maltese volunteers the Knights had at their disposal.

During this butcherous confrontation, the Ottomans — much to their chagrin — only managed to capture the star-shaped fortress on peninsula Sciberras, Fort St. Elmo. The Great Siege of Malta ended after just four months, as terrible weather, terror, disease, astonishing amounts of casualties and the arrival of a relief force — the piccolo soccorso — put an end to the Ottomans' hopes of vanquishing Malta.

Numerous local heroes took part in this siege, all playing invaluable roles in this historical war, and while most of them went down in history unmentioned, they will forever be remembered for their acts of bravery.

Maltese engineers Pawlu Burlo, Orlando Zabbar and Pawlu Mizzi built a range of weapons and contraptions used during the siege to prevent Ottoman ships from entering the Grand Harbour.

The Siege of Valletta

The Siege of Valletta, also known as the French Blockade and the Siege of Malta, was a two-year squabble striving to close off passage and movement for the French Garrison stationed in Malta between 1798 and 1800.

During the French Campaign in Egypt and Syria, Napoleon Bonaparte demanded to have his fleet of 300,000 men enter the Grand Harbour for provisions and replenishments. The Knights insisted that due to Malta's nonpartisanship in this campaign, only two vessels at a time could enter the harbour.

In retaliation and out of absolute affront, Napoleon ordered his entire convoy to bombard Valletta and launched an amphibious operation which had thousands of French soldiers infiltrating the harbour. Some of the French members of the Order of St. John immediately switched sides and joined in with Napoleon's fleet, leaving the rest of the Order to fight off the lamentable invasion — which they very rapidly failed to do.

Being severely at an advantage, Napoleon soon drafted up an agreement with Hompesch, bargaining a beefy pension and lands in France, making up for a well-to-do retirement for him and his remaining faithful knights — in exchange for Malta.

Within his first week in Malta, Napoleon made French the official language and issued 10 Ordinances which included the dismissal of the Order, the abolition of slavery and the liberation of the buonavogli — people who sold themselves for life to the Knights' galleys.

These ordinances included religious autonomy for the Jews and Orthodox Greeks, instituted a central school and introduced compulsory education. Napoleon and part of his garrison set sail for Egypt on the 19th of June, leaving behind 4,000 men under Vaubois' orders in Malta.

Initially, the French sought to win the support of the Catholic Church, but their dissolution of papal jurisdiction, the prohibition on the consecration of priests under the age of 30, the expatriation of non-native clergy and nuns and the newly declared legitimacy of civil marriage, soon placed them under the Church's disfavour.

The French depleted most of the islands' monetary resources to sponsor their Egyptian Campaign — and when those were consumed, they diverted their attention to the church. By September, Church property was auctioned — an act which undoubtedly triggered the uprising against the French.

The French were driven into Valletta by mobs of unquestionably livid individuals who by this time, staged a full rebellion across both Malta and Gozo. The Maltese soon started seeking help to overthrow the French government, and this is where the British came in.

The British, who already were at arms with the French, appeared off the Maltese coast along with a couple of Portuguese fleets.

The French were cornered by the enraged Maltese and soon retreated into Valletta, accompanied by Maltese sympathisers. After this pullback, the French fronted intense food shortages and ruinous illnesses. Cisterns were emptied, there was an anguished need for firewood and no animals were left within the city walls.

On the 3rd of September 1800, perishing from starvation and riddled with disease, the French capitulated and the British took over the islands, making Alexander Ball the first Governor of Malta.

Celebrated Maltese heroes and protagonists include the wondrous hero Dun Mikiel Xerri, a priest and patriot slain after a failed plot to unseat the French. Local grain importer Vincenzo Borg who set up various cannon batteries around the island and Marquis Giuseppe de Piro, commander of the Cacciatori Maltesi squadron during the French Blockade, are both remembered in history for their pivotal efforts in this blockade.

Other protagonists include Mikiel Anton Vassalli, a writer, philosopher and French sympathiser who was exiled after the surrender of the French, along with acclaimed local composer Nicolo Isouard.

The Siege of Malta

The Siege of Malta took place between 1940 and 1942 when the island was still under British rule, an Allied power during the Second World War. The Axis powers were aware that having Malta so close to fascist Italy meant having a British stronghold right on their doorstep. Malta faced relentless attacks by the Italian Regia Aeronautica and the German Luftwaffe as they battled to have a streamlined supply line from Italy to Libya.

German and Italian bombers blitzed Malta and any convoys on their way here, causing severe food shortages — with the most famous convoy assailed being the SS Ohio — also known as Il-Konvoj ta' Santa Marija.

After more than three years of constant aerial attacks, the Siege of Malta was finally halted when the Italians retreated from the war.

Notable protagonists and Maltese heroes that took part in this war include Wenzu Attard, the pilot who operated the SS Ohio and Mary Ellul a volunteer nurse.

Other personalities include Carmelo Borg Pisani who was executed.

The primary celebratory highlight of Jum il-Vitorja is the regatta — a traditional boat race that has been taking place since at least the Middle Ages. This race takes place in the Grand Harbour with Birgu, Bormla, Isla, Birzebbugia, Marsa, Kalkara and Marsamxett as competing towns. These teams compete for the Regatta Shield, however, in the past, cash and the palju (brocade flags) were the main winning prizes. 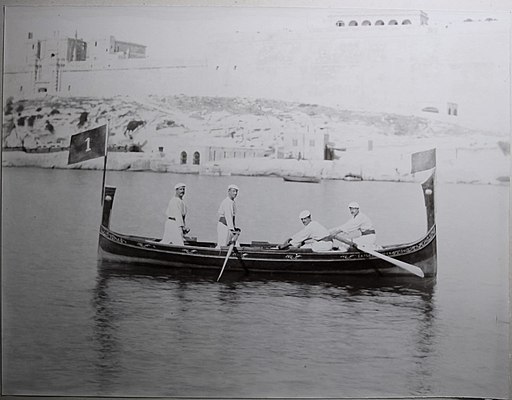 Other festivities taking place on the day include a parade on Republic Street in Valletta and a mass at St John's Co-Cathedral — the President places a garland at the foot of the Great Siege Monument by Antonio Sciortino.

In Gozo, a commemorative ceremony takes place in Independence Square, where the Armed Forces of Malta organise a parade and a ceremonial wreath is also placed at the foot of the War Memorial.