November is regarded as a time to remember and respect the dead in many countries around the world — including Malta. Locally, the 2nd of November is known as L-Ghid tal-Erwieh or L-Ghid tal-Imwiet, and many of us observe this day by visiting our loved ones' graves to pay respect to our ancestors.

Aeons ago, L-Ghid tal-Erwieh (All Souls' Day) was a momentous time for the faithful, as it was dedicated to the commemoration of purgatory-bound souls — still yet to gain entrance to paradise and escape their languish.

While L-Ghid tal-Erwieh is nowadays known for mouthwatering treats such as l-ghadam tal-mejtin and spooky overnight stays at some of Malta's allegedly haunted spots, the history behind this day is a remarkable one which sought to echo the afterlife in a manner like no other.

Like most celebrations in Malta, L-Ghid tal-Erwieh,  is interlaced with fascinating and long-forgotten customs.

Nowadays used to express relief, the origins of this idiom are rooted in L-Ghid tal-Erwieh. Underprivileged members of society used to look forward to the 2nd of November, as they would roam the streets knocking from door to door and requesting monetary contributions. The phrase "Xi haga ghall-erwieh" was believed to alleviate the sufferings of both the poor and the purgatory-trapped souls.

The Tubru Was Set Up

The tubru was an empty black cloth-covered coffin set up in the epicentre of churches throughout November for churchgoers to reflect on the afterlife.

While this custom is nowadays completely unpracticed in Malta, you can still view the original tubru from The Sanctuary of Our Lady of Graces in Zabbar.  Exhibited at the Zabbar Sanctuary Museum, where several religious and secular artefacts are displayed.

Introduced by the Knights of St John, the casket used was remarkably comparable to those used in Sicily during the festa dei morti — with the Sicilian counterpart being more tabular in shape. 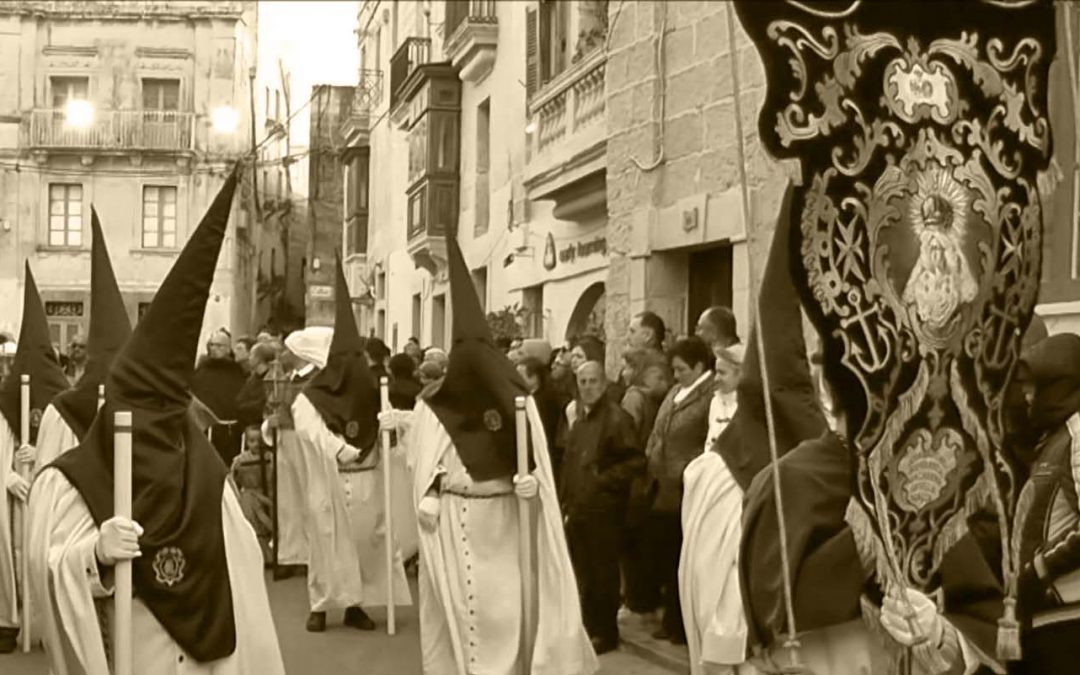 Traditionally il-fratellanza (the fraternity) was a brotherhood of men who wore disguises to keep their identity anonymous. During the month of November, they took to the streets to collect funds for mass, ordained for purgatory-bound souls and their families.

The disguises worn by members of the fratellaza included cloths adorned with painted skulls, embodying the enigmas of the afterlife and symbolising death — adding to the eerieness of the practise — particularly since they used to perform this burden by night.

Il-Qorban Was Consumed During Mass

Il-Qorban was a food offering made in honour of the dead during l-Ghid tal-Erwieh mass. Also known as il-kucija, cucija or il-qorbien, this dish was made of boiled corn, raisins, almonds and walnuts. The qorban was then fashioned into a small cross and placed on a monument of sorts, set up within the church for the deceased — quite possibly the tubru itself. The qorban was distributed and consumed by churchgoers during the Pater Noster and Ave Maria.

It was first reported by the Inquisitor Monsignor Duzina in 1575 as a festive snack introduced by early Christians, but still highly popular during the time of the Knights.

Everyone Partook In Indulgent Banquets

Souls in purgatory were redeemed thanks to the sacrifices their families and loved ones offered in their name. These immolations offered by the living would come in the form of prayer, charity, indulgent banquets and celebratory gatherings. L-Ghid tal-Imwiet celebrations included food, beverages, merriment and debates surrounding the mysteries of life and death. The banquet, which took place on the 2nd of November, was known as L-Ikla tal-Erwieh, and all villagers were welcome to partake in the festivities.

L-Ikla tal-Erwieh was served on the 2nd of November. A typical menu during this day would start off with the mahluta, a bittersweet alcoholic cocktail made using wine and fruit nectar — the fruits used varied from village to village. However, the most vital element of the drink was its astringent bitter-sweet flavour infused with a strong alcoholic tinge. The mahluta's distinctive taste was meant to symbolise life's bittersweet experiences.

The mahluta was followed by a serving of ftiet tal-ghaza, a delicious appetizer consisting of toasted ftira spread with minced garlic, olive oil and parsley — family members were expected to observe the ghaza (mourning) period by cooking the ftiet for mourning relatives.

The minestra tal-erwieh would be served next. This tradition was introduced by the Capuchin Friars of Floriana and later on adopted by other religious groups. A large cauldron was set up on a makeshift firepit in the village core, where residents would amass vegetables for a communal meal for the poor. Everyone pitched in during this time of year to alleviate the suffering of both those in need and the souls trapped in purgatory.

In numerous villages around Malta and Gozo, a piglet was offered to the parish priest who hung a bell around its neck and let it loose when All Souls' Day was approaching.

The loud ringing emitting from the bell would be a signal for villagers to feed the hanzira tal-erwieh roaming through the streets.

The residents would regularly feed scraps and food waste to the sow, as nobody dared to disrespect the dead. The now-fattened pig would then be slaughtered and roasted to be served with potatoes and vegetables as the communal Ikla tal-Erwieh main course.

Other villages would sell the meat and donate the money to the poor. 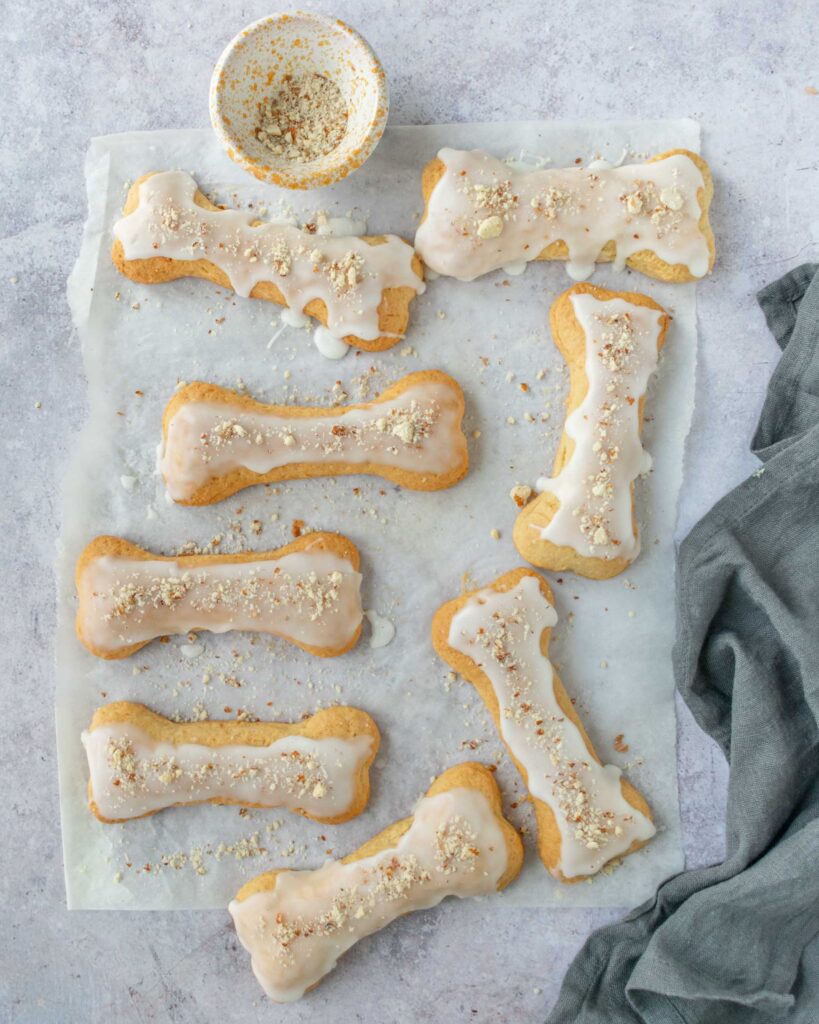 Finally, the meal was followed by a scrumptious dessert which is still widely popular today — l-ghadam tal-mejtin. This almond-filled sweet pastry, reminiscent of the figolla, is a bone-shaped delicacy coated in sugared icing. This bone-shaped treat is also enjoyed in Sicily throughout November as well as a commemoration of departed loved ones.

Children were gifted the sarvetta tal-helu — a napkin of sorts stuffed with sweets, fruits and nuts. They were expected to say a prayer for the souls trapped in purgatory.

While nowadays it's mainly associated with San Martin, the sarvetta tal-helu was given to youngsters on the 2nd of November as a reminder to keep their noses clean, act politely and always show respect to their ancestors.

While most of these traditions nowadays remain unpractised, numerous local cultural entities are re-igniting interest in them by organising thematic Ghid tal-Erwieh meals. Some of these events are being held in historical spots where people are invited to partake and spend the night.